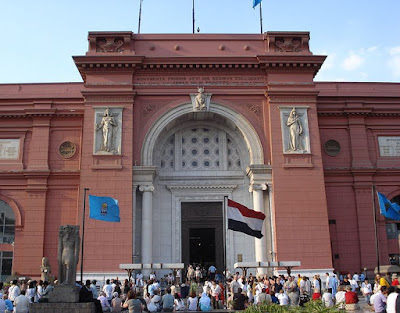 After 113 years of establishing the Egyptian museum in Cairo, a re-paint is being done. Dr. Wafaa Sadek (the museum manager) confirmed that the re-paint process is being done according to the original designs of Marcel Dourgnon (The French architect who designed the museum) who recommended using gray and mauve. 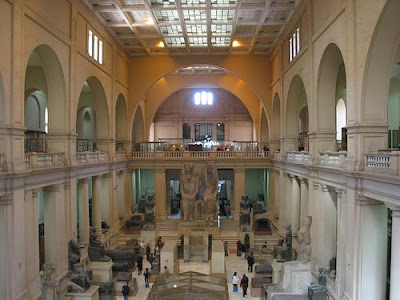 This ambitious project is facing a problem which is the construction work nearby to make a new garage as there is no space in downtown Cairo to park but the dust from this work spreads on a wide area including the Egyptian museum. So what the governor of Cairo is going to do about it?
Oh before I forget, the museum will host an exhibition next week on Ancient Egyptian money including the first Egyptian coin ever. 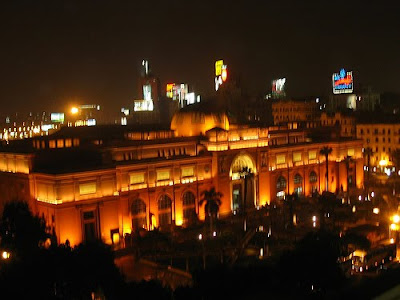 Egypt is the 9th on the world ranking for the first time ever!!!