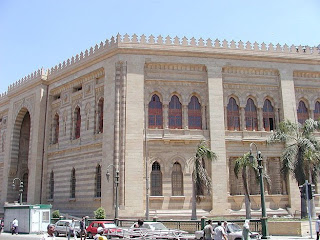 This morning President Mubarak opened The Islamic Art Museum in Cairo. The museum was closed for almost 7 years for restoration and renovations. The museum was the second concrete building to be built in Egypt in 1903 after the Egyptian Museum in Cairo. The museum contains over one hundred thousand objects but only around 2000 objects are on display. A part of the renovation process was to display the objects in chronological order. One of the unique objects is a golden coin which is the oldest Islamic Dinar was found so far dated back to 77 A.H (696 A.D)
More details and photos will be added later

Marina to be opened in September