An Egyptian-American expedition has found the burial chamber of a priest named, Karakhamun (TT223). The tomb dates to Dynasty 25 (c. 755BC) and was uncovered during conservation and restoration work on the west bank of Luxor. 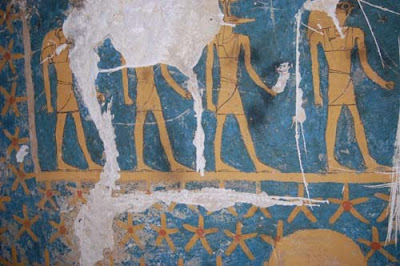 Farouk Hosni, Minister of Culture, announced this discovery today and added that the restoration work of this tomb is part of a much larger project known as the South Asasif Conservation Project (SACP). The el-Asasif area is a very important site, which contains nobles’ tombs from the New Kingdom, as well as the 25-26th Dynasties.
Zahi Hawass, Secretary General of the Supreme Council of Antiquities (SCA), said that the team found the burial chamber of Karakhamun at the bottom of an 8m deep burial shaft. The chamber is in very good condition and contains beautifully painted scenes. The entrance to the chamber is decorated with an image of Karakhamun and the ceiling is decorated with several astrological scenes, including a depiction of the sky goddess, Nut. 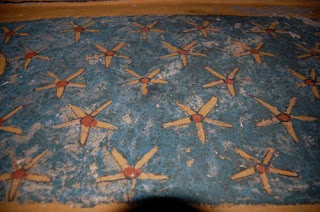 The leader of the expedition, Dr. Elena Pischikova, said that the tomb of priest Karakhamun was discovered in the 19th century in an unstable condition. It continued to deteriorate, and only parts of it were accessible to visitors in the early 1970s. Later it collapsed and was buried under the sand. Dr. Pischikova’s team rediscovered the tomb in 2006 and has been carrying out conservation work since then. She believes that the tomb of Karakhamun could be one of the most beautiful tombs from Dynasty 25 because of the preservation of the color and the unique quality of the scenes.

A central surveillance centre for all the museums of Egypt