Dr. Zahi Hawass announced today that The Egyptian archaeological mission in Alexandria found the first civilian Basilica dated back to the Roman era on top of the ruins on a Ptolemaic temple which was dedicated to the Ptolemaic triad of Alexandria (Isis,Serapis, Harpocrates). The mission found terracotta figures and statues of Isis and Serapis. 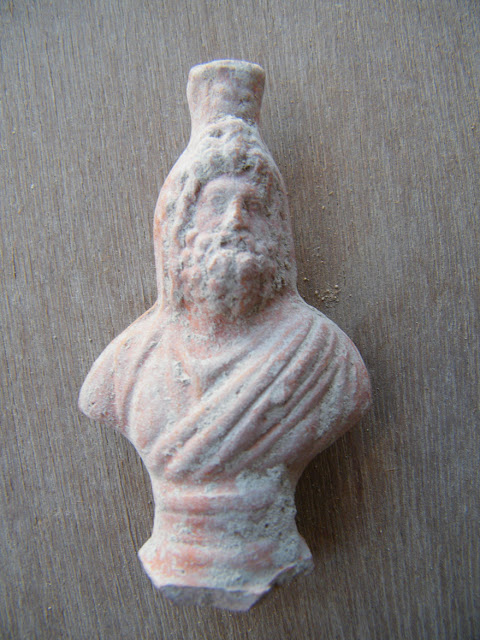 Dr. Mohamed Mostafa (Alexandria Antiquities director) explained that the archaeological discovery was in the area known as the Baron site in Simouha district where work started last December and finished in May after the ground water problem emergence at the site. He also mentioned that the excavations resulted 2 paralleled rows of granite and limestone blocks and parts of granite columns which may have been a corridor for a civilian facility dated back to the Roman era and may have been used in judicial, commercial or social activities which known as the Basilica. 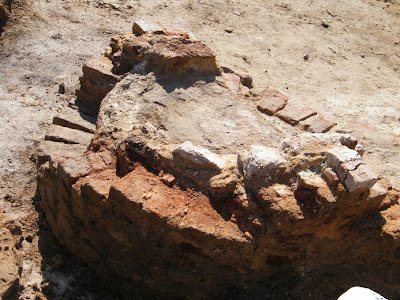 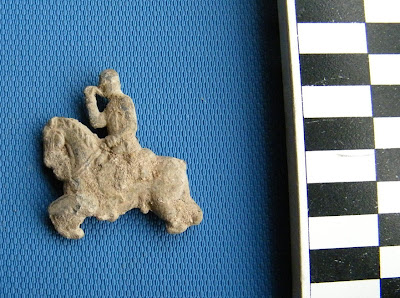 Dr. Osama El Nahas(Head of the mission) said “ Coloured Terracotta statues were found representing Isis suckling a baby and another statue for Serapis, pointing out that no Christian remains were found which mean it is likely to be a Basilica built over one of the two Ptolemaic temples were mentioned by Historian and traveler “Strabo” in his description of the area during his visit to Alexandria in 24 AD.” Dr. Osama added that a rare cooper statue of a knight riding a horse was found.
The Egyptian mission also found a number of kilns which were used to produce lime and a group of burial pottery jars contains human bones some of them of young people between 25 to 30 years old dated to the sixth century AD. 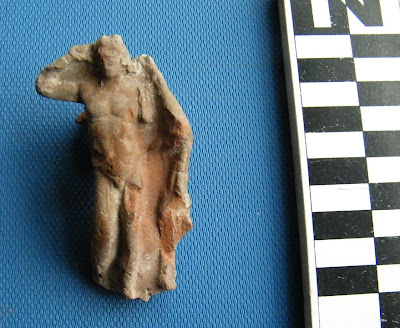 This discovery is considered to be the first of its kind as no Roman Basilica was found in Alexandria before.
Also this discovery confirms that it is about time to reveal the rest of Elioses suburb site (nowadays Antoniadis Gardens and Alexandria Zoo area) which was mentioned by the early travelers and historians and referred at it as an area with fun places and the Alexandria population visited frequently as “Strabo” mentioned too.