Egyptian and French archaeologists have unearthed a 2,700-year-old stone gate belonging to Nubian King Shabaka while digging near Luxor’s Karnak temple, the ministry of antiquities announced on Sunday. 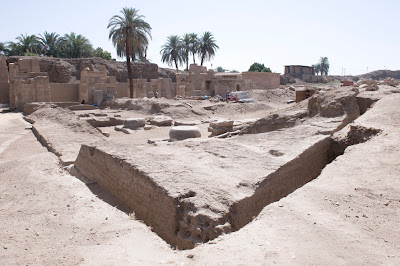 The gate, which was found to be “in good condition,” once led to the room holding the king’s treasures.
Mansur Boraik said “It is the first time an item of the 25th dynasty has been found in such good condition, and wasn’t ruined by the 26th dynasty,” 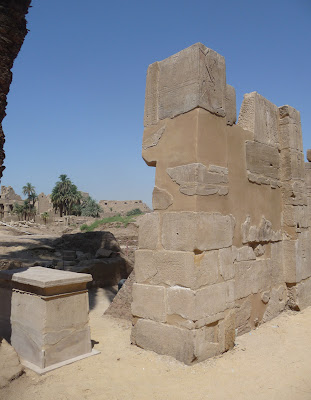 “The Egyptian-French mission succeeded in making important discoveries from the 18th to the 25th dynasties,” minister of state for antiquities Zahi Hawass said in a statement. 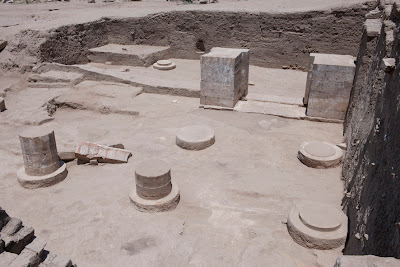 (Treasury of Shabaka)
The mission also unearthed a stone wall surrounding the temple of Ptah, the chief god of the city of Memphis. His temple had been built on the site of an earlier Middle Kingdom temple, and restored by Shabaka. The mud brick wall is 2 meters height and 1 meter depth

The Franco-Egyptian Centre has been working to open the temple to visitors next winter and plans to put Shabaka’s gate on display. 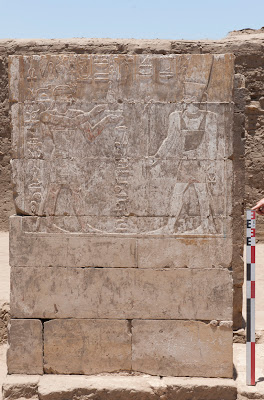 (Newly found gate of Shabaka)
“The discovery shows that the temple of Karnak still has many secrets to be uncovered and it will do for years to come,” Mansour Boraik was quoted as saying in the ministry statement.
Shabaka established the capital at Thebes and was believed to have invested great effort in restoring religious architecture.