Share
Facebook Twitter LinkedIn Tumblr Pinterest Reddit WhatsApp Telegram Viber Share via Email
There are 9 films to be shown out of the competition and one of them is Mining for change. A story of South African mining. The film was shown at the conference centre at 4pm on the third day of the festival (Thursday 23rd February)
Storyline:
To understand the future of South Africa and its apartheid past you have to delve into its mining story because mining is at the heart of both the glory and dishonor of the history of the country. Mining for change – A story of South African mining : traces this history from before 1652 to 2010. 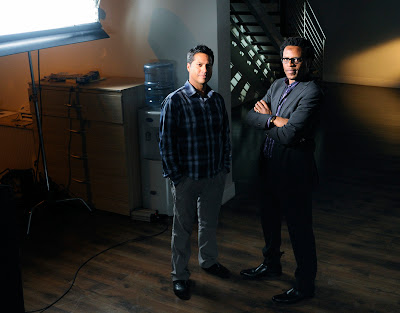 From the optimism of the 1955 Kliptown Freedom Charter to Mandela’s 1992 admission to being unable to ‘persuade’ the G7 at Davos to ‘allow’ South Africa to nationalise mines, Mining For Change tracks the intriguing history of SA’s most important industry. The failures of the Mining Charter and new calls for nationalisation are debated by scores of heavyweights, from Oppenheimer and Malema to Ramaphosa and Mandela, who reveal back room discussions on the global pressure that forced the u-turn. New voices and labour and rights groups uncover the wealth, systems and interests that have kept the industry ‘untouchable’. The film steers a considered path between social and business aspects, measuring debate of the need to transform against the need to stay globally competitive. Compelling cinema and essential viewing for anyone interested in the real future of South Africa.
THE DIRECTORS:
Eric Miyeni
Born in Soweto, Johannesburg, South Africa, Eric Miyeni is an ex-advertising copywriter and actor who now writes books, takes photographs and produces films. Miyeni has had four books published “The Only Black at A Dinner Party”, a collection of essays, “Before Mandela Was Mandela”, a collection of short stories and essays, a poetry book called “A Poetic Journey with Eric Miyeni” and “A Letter from Paris”, essays on and photographs of the city of Paris, France. Miyeni has had two photographic exhibitions in Johannesburg, one based on the photographs in his book, “A Letter from Paris”, and another of the photographs he took on his travels through Peru and Chile. On the acting front, Miyeni has had roles opposite Ice Cube and Elizabeth Hurley in Dangerous Grounds, in a Danny Glover and Alfre Woodard vehicle titled Bopha and in the film Cry The Beloved Country opposite James Earl Jones.
Miyeni has produced and directed a number of commercials and a short film in the past. “Mining for Change – A story of South African Mining” is his first documentary film as a producer/director.
Navan Chetty
Born in Durban, South Africa in 1964 Navan completed a fine art degree at Natal Technical College in South Africa. He spent a year as an apprentice at The Print Making Shop in New York, worked in theatre AS a Set Designer for four years before entering the film industry where he worked as a camera-man before graduating to directing inserts for television lifestyle programmes.
PRODUCER: Eric Miyeni
PRODUCTION: Lusanda Chauke
SCREENPLAY:  Eric Miyeni and Navan Chetty
PHOTOGRAPHY: Carlos Carvalho
EDITOR: Diliza Moabi
SOUND: Janno Muller
CAST: Frans Baleni, Nicholas Oppenheimer, Julius Malema, Cyril Ramaphosa, Selaelo Selota.