Share
Facebook Twitter LinkedIn Tumblr Pinterest Reddit WhatsApp Telegram Viber Share via Email
The film is one of the Egyptian cinema classics and was chosen as one of the best 100 Egyptian films sine the cinema industry started in Egypt in 1895.
The original version was in a bad state and the sound was terrible and the colours were not rigt at all but Luxor African Film festival screened the restored and digitally enhanced version at the conference hall on 26th February at 1pm.
The Mummy, The Night of Counting the Years (1973) 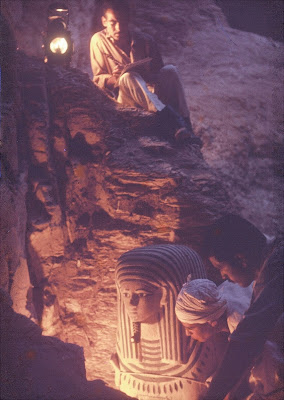 Universally recognized as one of the greatest Egyptian films ever made, The Night of Counting the Years is based on a true story: in 1881, when precious artifacts began showing up at market, it was discovered that members of the ancient Horbat tribe were secretly raiding the site of a legendary cache of royal mummies. The tribe had little livelihood other than selling antiquities, putting them in conflict with the Egyptian government’s Antiquities Organization. Filmed in classical Arabic, with a musical score by the great Italian composer Mario Nascimbene. Restored in 2009 by the World Cinema Foundation at Cineteca di Bologna L’Immagine Ritrovata Laboratory.
Director Shadi Abdel Salam (1930–1986) 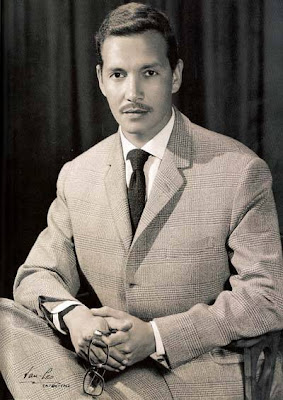 Born on 15 March 1930, in Alexandria, he was an Egyptian film director, screenwriter and costume and set designer. He graduated from Victoria College, Alexandria, 1948, and then moved to England to study theater arts from 1949 to 1950. He then joined faculty of fine arts in Cairo where he graduated as an architect in 1955. He designed the decorations and costumes of some of the most famous historical Egyptian films. His film The Mummy received many awards. Also directed the short drama film entitled El-Falah El-Faseeh (The Eloquent Peasant). He wrote the scenario of Ikhnaton and finalized the relevant designs, between 1974 and 1985 but died before shooting it. His designs can be viewed in a permanent exhibition in Alexandria Bibliotheca.