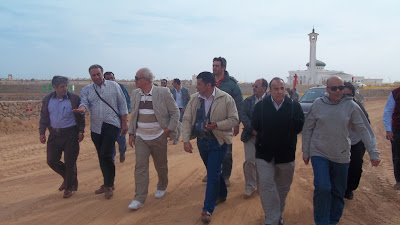 Sharm El Sheikh Museum which is designed to occupy 52 acres on which buildings will be only on 14% of the total area and the rest will be green areas and open display area. The museum is planned to host 7000 objects covering the history of Egypt from Pharaonic ages to modern ages (Mohamed Ali family).
The Museum will also include a theatre and 7 cinema displays plus a conference hall and library.
Adel Abd El Satar (Head of the Museums department) said “The First phase which is completed included the museum building and the administrative buildings and 9 bazaars to show the production of the Sinai handcrafted products.” 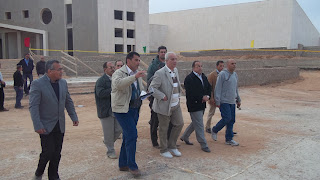 General Mohamed Sheikha (Projects department director) said that the work is going on the second phase at the moment which includes the interior finishing and the general layout of the museum and the open display area.

Qalawun complex is re-opened for visitors

At the International Press Conference: Khufu’s second solar boat will be ready in 5 years