The conference is hosted at Luxor Museum from Saturday 3rd to Monday 5th March, 2012

After the site visit on west bank Dr. Mohamed Ibrahim, Minister State of Antiquities gave a short speech for the opening of the conference and he apologised as he had to go to Karnak temple. 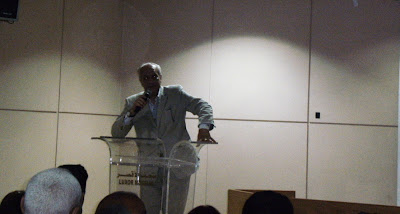 After the Minister left, there were attempts to get the projector to work but it looked like the remote control was not working so one of the attendance volunteered to try and switch it on manually. 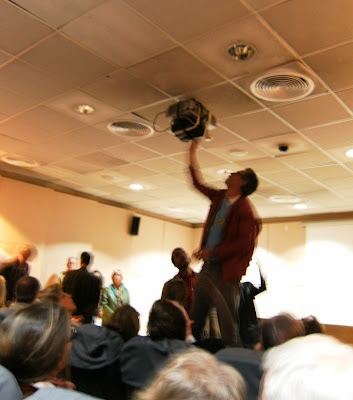 Thankfully he managed to get it to work and the conference began with Mr. Mohamed El-Bialy(Head of the Antiquities of Upper Egypt) who talked about the general background of the history of excavation of the site of Kom El Hetan referring to the work of Labib Habashi in 1949 then he said “we know that great work has been done and i am sure after the conference there will be many papers will be submitted and we are looking forward to the future progress.”
Then Dr. Hourig Sourouzian (Director of the Colossi of Memnon and Amenhotep III temple conservation Project) spoke and started by saying “It is difficult to summerise all the work in 10 minutes but I will try to show you briefly slides from before and after of the site which my collegues from the Louvre called it a football field.” 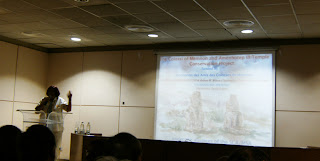 What Dr. Hourig focused on and which we could point as the mission’s goal as she stated “For centuries the temple was dismantled and robbed and we believe it is the time to preserve and conserve the remains in situ.”
Then she explained how was the operation of re-erecting the statue was accomplished as stated before.
After Dr. Hourig speech, Dr. Rainer Stadelmann (Director Emeritus of the German Archaeological Institute in Cairo- Responsible for the work on the Colossi of Memnon) talked on the History of the Colossi of Memnon, Documentation and preservation since 1998, Conservation project of the Colossi and Quartzite monuments on site.
Then Nairy Hampikian (Architect on site) with so much energy talked about “A perspective for site protection and management of the temple precinct”
After the lunch break
3D-Documentation in building preservation sciences: objectives, methods and perspectives by Rainer Drewello (Chair for Restoration science in preservation of Built Historical Monuments, Institute of Archaeology, Heritage studies and Art History, University of Bamberg)
Followed by Nils Wetter and Jasmin Badr on “3D-Scanning of fragments of Colossal statues of Kom El Hettan: First results” then Miguel Angel Lopez Marcos (stone conservator of the project) took the stage to talk about “Conservation of the Quartzite Colossi in the temple of Amenhotep III at Kom El Hettan”
The last speaker of the first day of the conference was Christian Perzlmeier on “Using air cushions to move and lift colossal statues and blocks”

A New Pharaoh was discovered, The Royal name of the 17th Dynasty at Karnak Temple