Today was the 90th anniversary celebration of King Tut Ankh Amon’s tomb opening. The event was attended by The Egyptian Minister of Tourism, Minister State of Antiquities, The Governor of Luxor and many ambassadors including HE Anne Patterson, the American Ambassador to Egypt.

Luxor Times, as always, has an extensive report including exclusive footage for our readers. Later on it will be published including the footage from inside the tomb of the boy King (Tut Ankh Amun) and the tomb of Merneptah. Stay Tuned …. 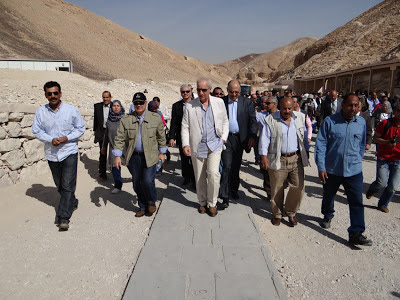 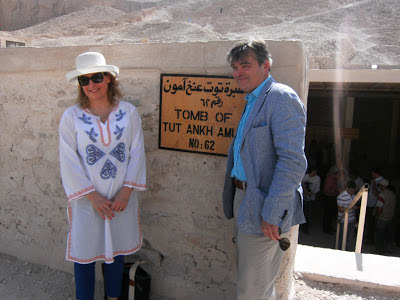 A Royal statue was unearthed in Iuny, modern Arment

The 90th Anniversary of the discovery of Tut Ankh Amon’s tomb. Exclusive and Extensive coverage. Part One