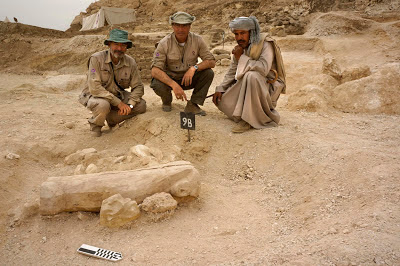 The Spanish mission headed by Dr. Jose Manuel Galan, has discovered the sarcophagus during the ongoing excavation and documentation of the tomb.
The sarcophagus dimensions 20cm x 28cm x 90cm prove that it was made for a child. It doesn’t bear any engravings or decoration. 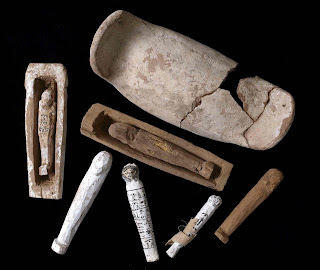 Mansour Boraik mentioned that the mission also found a group of pottery as well as a number of wooden Ushabiti figures wrapped in linen were beside the child’s sarcophagus.
They represent Ahmose a priest who played an important role during the 18th Dynasty. Mansour referred that the same priest could possibly be the famous Ahmosa Saya Ir who was worshipped later in the New Kingdom. 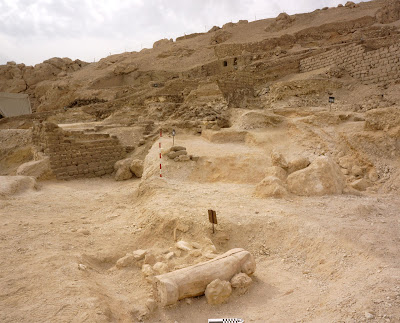 Dr. Suzanne Onstine says "Our mission is to make their lives make sense scientifically and give them a proper burial"