Luxor Times reporter was on the site since early morning. our condolences and deep sympathy with the injured and the families and friends of the deceased.

Below a list from the balloon company with the passengers were on board. 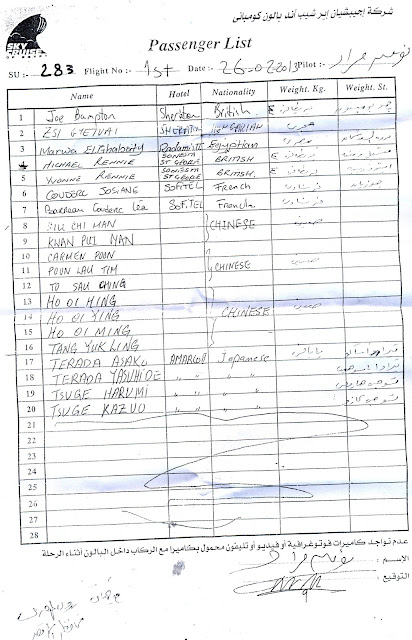 More details and eye witness story plus the videos and pictures of the crash site will be posted later. It has been a long day and not over yet. After the governor visited the site in the morning then the Minister of Civil Aviation arrived in Luxor and visited the site with the governor of Luxor who decided to stop all the hot air balloons trips until further notice. The minister of Tourism decided to form a committee to investigate the cause of the accident. Initial reports says it is a human error. According to a balloon company owner “The pilot should have switched the gas off once the leak started to stop it from exploding but he decided to jump of the balloon.”

More details later, got to go to the airport now for another press conference.