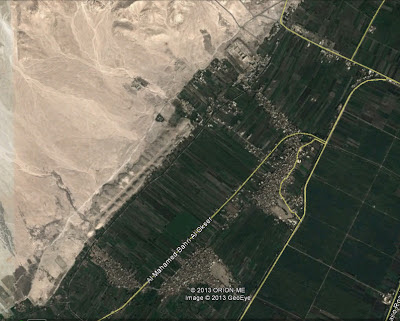 It was 3-speaker lecture starting with the location of the site and the history of excavations since early 20th century even though the site was known in the 19th century and Wilkinson put a map of the site in 1830.

The site doesn’t stop at the king’s Palace but also expand for about 2.5 km north to south. The whole area was surrounded by a wall to protect it for further excavations by the Minister State of Antiquities.
For all the information available on the site, almost daily updates on the excavation work plus the previous season’s reports, please visit the expedition blog at iMalqata

A Roman head repatriated to Egypt from Brasil