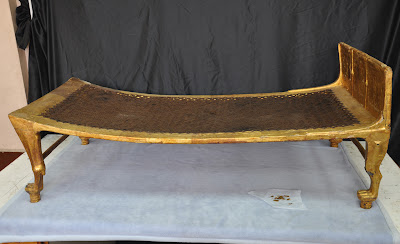 According to Dr. Mohamed Ibrahim, the masterpieces will be transferred from Storeroom No. 55 at the Egyptian Museum in Tahrir under maximum security. 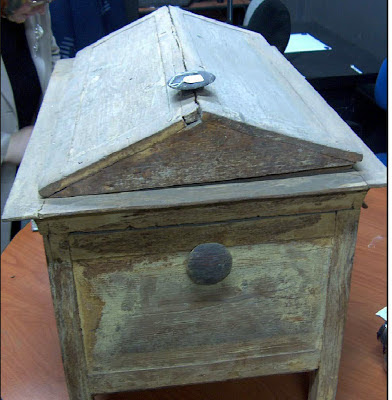 Dr. Hussein Abd El-Bassir, The Genera supervisor of the project of GEM, said that the five objects include a gold plated wooden bed, wooden box and 3 models of ritual boats. Restoration and preparing for display at the museum as a part of the entire collection of King Tut Ankh Amon at the specialised hall of 7500 meters square  (7 times bigger than the current King Tut hall at the Egyptian Museum in Tahrir) equipped with the latest museum display techniques.

Dr. Hussein also added that there have been 501 objects of King Tut Ankh Amon collection transferred to the GEM which were at storeroom No. 55 at the Egyptian Museum in Tahrir.

Exclusive footage: Emergency project to save Two colossal statues of Amenhotep III at the North gate of his funerary temple in Luxor, West Bank