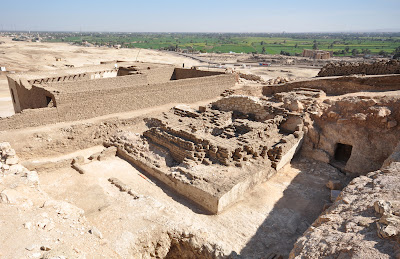 Dr. Mohamed Ibrahim announced the discovery of the tomb of the Vizier of Upper and Lower Egypt who held the title “the First Royal Herald of the Lord of the two lands” at the time of Ramses II (1304-1237 B.C) called Khay at Shiekh Abd el-Qurna in Luxor west bank.
The area excavations are done by the Mission of Universite libre de Bruxelles (ULB).
He said that remains of a mud brick pyramid above the tomb were found. The height of the pyramid is about 15 meters and width 12 meters capped with a pyramidion shows a scene of the tomb owner worshipping God Ra-Horakhty.(Horus in the Horizon) 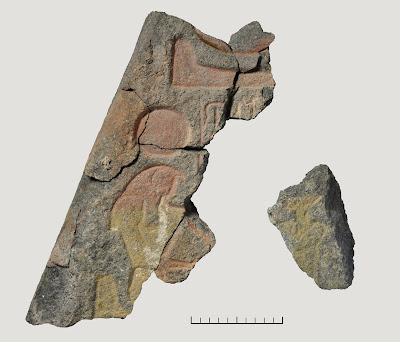 The discovered tomb is on the same axis of Ramses II mortuary temple “The Ramesseum”. The minister added that the mud brick pyramids used to be built on top of the state officials at the Ramasside period.
Mr. Mansour Boraik said “Khay was the Vizier of 15 years and he was responsible for overseeing the workers who works on the royal tombs in the valleys of the Kings and Queens beside being in charge of announcing the sed jubilees held by Ramses II.
There are 2 statues of Khay in the Egyptian Museum in Cairo. This discovery is important as the Vizier was known through different Ancient Egyptian documents but his tomb location was unknown till now.

Exclusive footage: Emergency project to save Two colossal statues of Amenhotep III at the North gate of his funerary temple in Luxor, West Bank

Exclusive footage: The Sphinx Avenue lit up for the first time