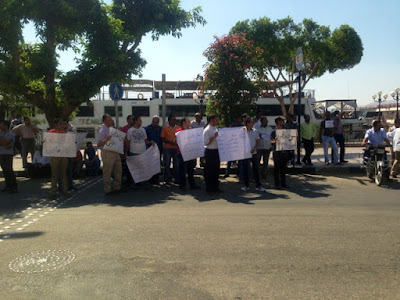 Protesters from different political groups in addition to tourism industry workers are protesting against the newly appointed governor as they see his background would be a big obstacle in bringing tourists back to Luxor. 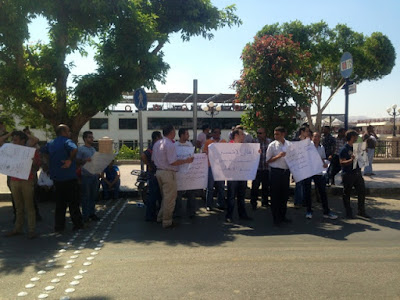 Even some signs referred to him as ” The governor of Terrorism” and other said “No for the Engineer of Luxor massacre 17/11/1997 We didn’t forget”. 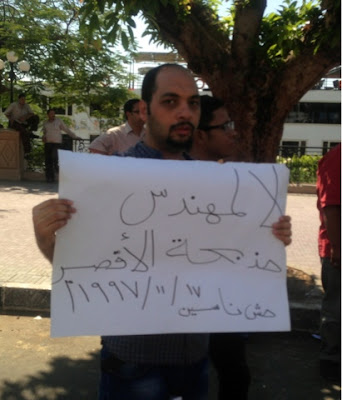 Among the protesters, there were members of the political group Rebel who are calling to an end to the regime and were asking people to beep their horns if they support their demand. As you would notice in the second half of the video below, there was a private car with posters of two former presidents of Egypt, Nasser and Sadat, kept the horn going for a while and there was even a police car passing by and beeped the horn too.
The new governor is due to arrive in Luxor shortly. Mr. Adel Asaad swore in this morning before president Morsi. 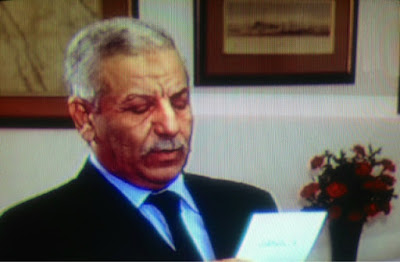 New governor appointed to Luxor, good choice or the last nail in the coffin?