Share
Facebook Twitter LinkedIn Tumblr Pinterest Reddit WhatsApp Telegram Viber Share via Email
Last week, Luxor Times met with Mr. Volkher Kirchhoff, the resident manager of Phoenix Reisen in Egypt. Mr. Kirchhoff has been living and working in Luxor, Egypt for over 20 years.
Phoenix is one of the major German tour companies working in Egypt and one of the three  main company when it comes to Nile cruising. When tourism industry was better, Phoenix was operating up to 14 cruise boats on the Nile between Luxor and Aswan adding 55 thousand tourists to the market. (Nile Cruise, packages with Cairo visits and Nile cruise combined, round-trips and beach holidays in the destinations on the Red Sea) 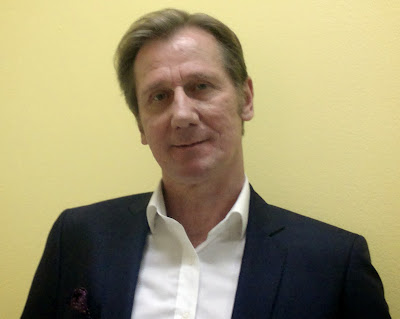 Mr. Kirchhoff started talking by saying “Egypt has a perfect environment for touristic business including the friendly staff, sunshine, history and value for money. There are the Mediterranean, Red Sea, the Nile and so much to offer.”

– How do you feel about the situation now in Luxor?
* As I lived here for almost 21 years so I know the people and I feel for them. I wake up each morning with the thought that it is a disaster.

– How did it come to this, in your opinion?
* The media is playing the biggest role as in only shows a small part of the cake.

Of course the roots of the problem are made in Egypt but with a more balanced and more intelligent media coverage things would look totally different for the tourism industry and for the people working there.
So the big part is played by the media. It is understandable about Cairo but I never heard anything a word about tourism is away from that and still going on.
There would be photos shown in media with too little comments explaining these, while I believe the more photos, the more intelligent comments by journalists are needed.
In the German media, they were saying for weeks that “Power Struggle in Egypt” was still shaking the country while it was in fact over. In order to underline this they showed images of MB angry supporters and made people think that big fighting is very near again and again.
When you try to say the truth that there are only few spots where they demonstrate even in Cairo, people almost cant’t believe you.

– How do the tour operators react to the negative travel advice of the German ministry of foreign affairs and this situation?

Companies like ETI, Schauinsland and FTI continued to bring German tourists to the Red Sea but the majority of tour operators did not.

Nile Cruise went fully down to zero. Continuing also was positive as a way to put a little pressure on the government to change the travel advice. Anyway, when starting business again it will be only few numbers to begin with. Talking about Nile Cruise we have all bookings cancelled until the end of October so in theory, we could start in November but it would take at least a year to come back to normal.

– I would like to know your views on other issues in the industry like ministry of Tourism paying for the empty seats on the charter flights?

It is a strong gesture to show how much they support tourism but from my knowledge it doesn’t help so much as the money goes to the airline. When the airline has sold 40 % or more of the planes seats they pay a fixed amount for each seat up to 85 % of seat occupancy.

This will help to maintain flight and seat capacity which is a good thing but this does not help with the demand, So in my opinion it might be more profitable if the money would go to the tour operators so that they could lower the cost of the selling price for their packages to Egypt, or help them to lower their calculation risk when they plan to charter a plane themselves. On the other hand this will be much more complicated to organize.
– I know you have a strong opinion concerning subsidising fuel for the tourism sector like for the Nile cruise boats.
*It is a big burden as it costs the government so much money. Subsidies fuel cost for each Nile cruise trip costs approximately 50 to 60 thousand Egyptian Pounds.
I think it would make sense if the tourists pay for the actual cost of the trip.
Egypt offers a very special product such as the Nile cruise so there is no need to be subsidized and in the long term it would help to receive a little more upscale tourism.
But first the business must come back on its feet again and it is of upmost importance that if the subsidizing is stopped or lowered,  that all tour operators and shipping companies are informed in good time and weeks before their selling brochures are printed because it must be calculated in the selling price, If it will be implemented over night would mean no less than disaster as somebody must then pay the bill by surprise.

A mummy was captured in Giza