Share
Facebook Twitter LinkedIn Tumblr Pinterest Reddit WhatsApp Telegram Viber Share via Email
Mr. Volkher Kirchhoff (Manager of Phoenix Reisen Egypt) who was recently interviewed by Luxor Times) was present at an international touristic conference which took place in Soma Bay, Hurghada.
The conference was organised by “fvw” (a leading German touristic newspaper and media group) in cooperation with the touristic department of the Egyptian Embassy in Berlin. It was all about on how to bring Egyptian tourism back on its feet. 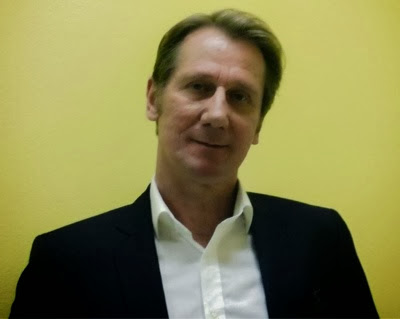 Attended by the Egyptian Minister of tourism, Mr. Hisham Zaazou, many of executives of the leading German tour operators like Thomas Cook, DER, FTI, ETI, Sunexpress Airlines, several Managers of the Egyptian travel industry  and  26 German travel agents,  Mr. Volkher was invited to deliver a presentation on the Nile Cruises.
Mr. Kirchhoff talked to Luxor Times about his input and his impressions from the conference. He said “Of course I took the chance at the beginning to say a few clear words about the fact that so many people still think that Egyptian holiday destinations are not safe to go, while in fact they are totally safe.  How can a country receive more than 20 Million visitors in the last two years be considered unsafe? 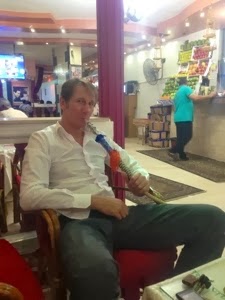 I also talked about all the bad news shown on German and international TV. I explained to the audience that many of this is true, but if it is true what you see, this does not mean that you get the full truth. Because for two and a half years, the media forget to talk about the large areas in this big country which had not at all been affected like Luxor, Hurghada and Sharm El Shiekh.
Mr. Vokher also mentioned that Mr. Zaazou made a very big impression on the audience with his energetic, emotional and same time fact based speech, which showed once more time that the Egyptian Minister of Tourism is highly professional and working so hard to fulfill his vision of the touristic future of his country. 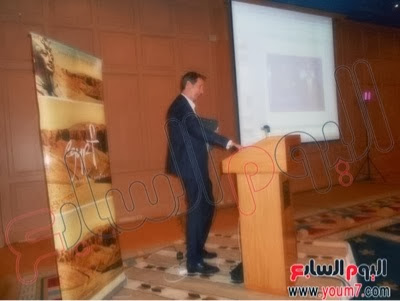 (Above photo: Courtesy of Youm7)
On the other hand, Mr. Volkher was disappointed that he was misquoted by Youm7online newspaper saying that he condemned the doing of some political groups. “All I said was that the majority of Egyptian people is usually friendly and warm hearted. If by chance a tourist meets one after their demonstrations he will most likely be greeted friendly and maybe invited for a tea rather than getting an angry look.” Mr. Volkher explained.
“This was to emphasis the fact that the Egyptian people would go on the streets for political reason which has nothing to do with the highly welcomed foreign visitors.”
Full article by Youm7 (In Arabic)
http://www1.youm7.com/News.asp?NewsID=1305489&SecID=12#.UmpdHVPLLTp
Soon Luxor Times will shed the light on how the Egyptian Arabic media even when they have reporters in Luxor, can’t get their facts right with examples exposed.

"The Revival of the Egyptian Museum"