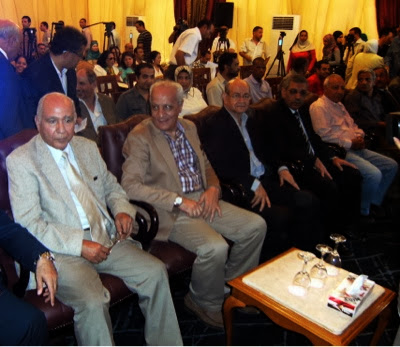 1524 objects were seized in a house in Abo El nomros, Giza.
According to the Minister of Antiquities, the objects were proven authenticity by the committee he formed headed by Mohamed Shiha, the director of Giza antiquities.
The captured objects include limestone fake doors, statues heads of ancient Egyptian gods and goddesses of different sizes (some are limestone and the others are different metals ores) and faience ushabtis.
The minister said that the diversity of the captured antiquities refers that they are result of illicit digs by armed groups which explains the 50 caliber M2 machine gun bullets were found with the house owner.

Ministry of Antiquities to produce replicas of King Tut treasures