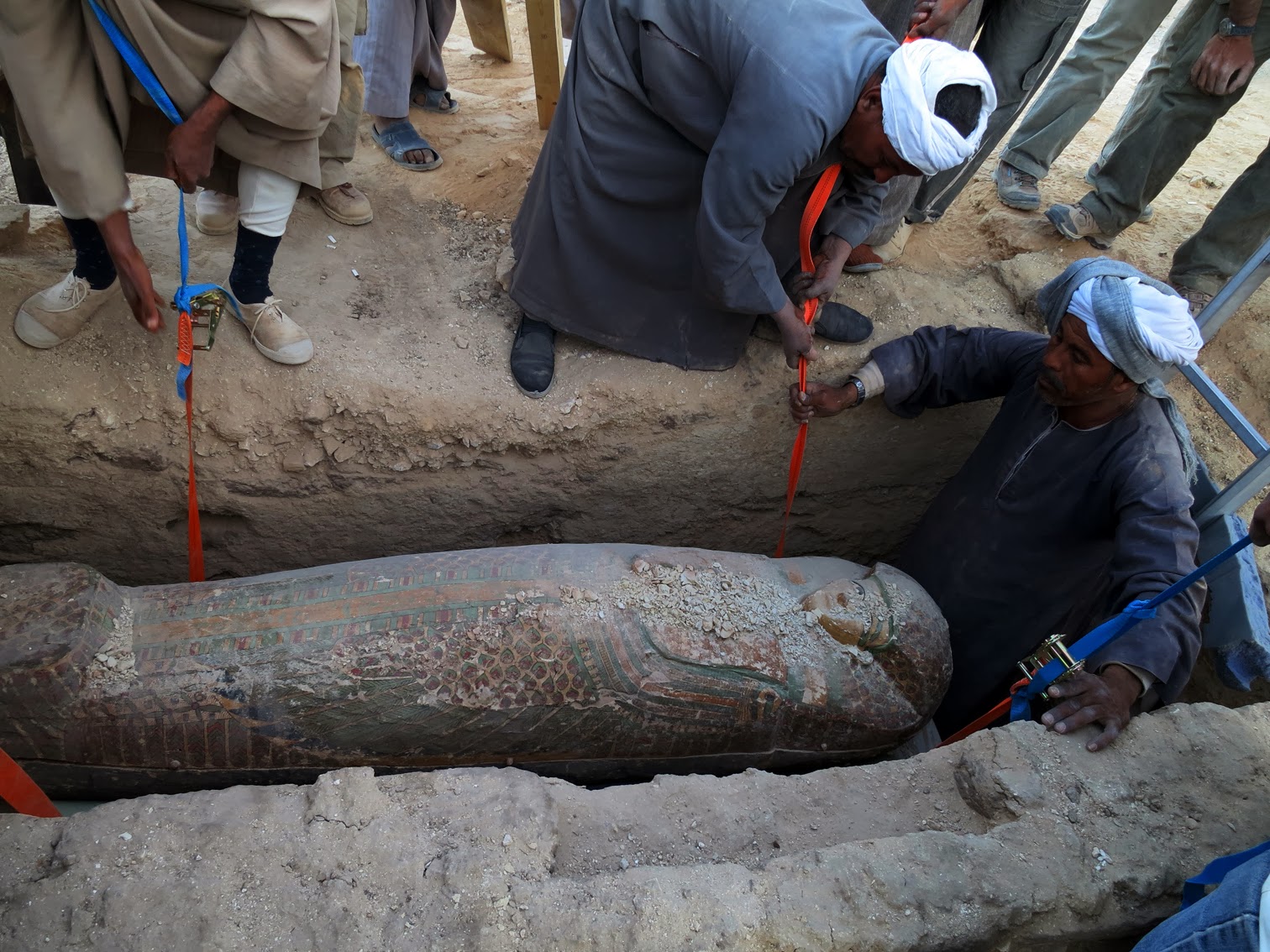 The sarcophagi has the mummy of its owner in a good state of preservation. The lid bears a hieroglyphic inscription shows the name of the deceased.

The Minister said “This discovery is important because this type of coffin is rare, it is called Rishi coffins (Rishi is the Arabic word for Feathery) as it is decorated with a feather design which is typical type of the Second Intermediate Period.” 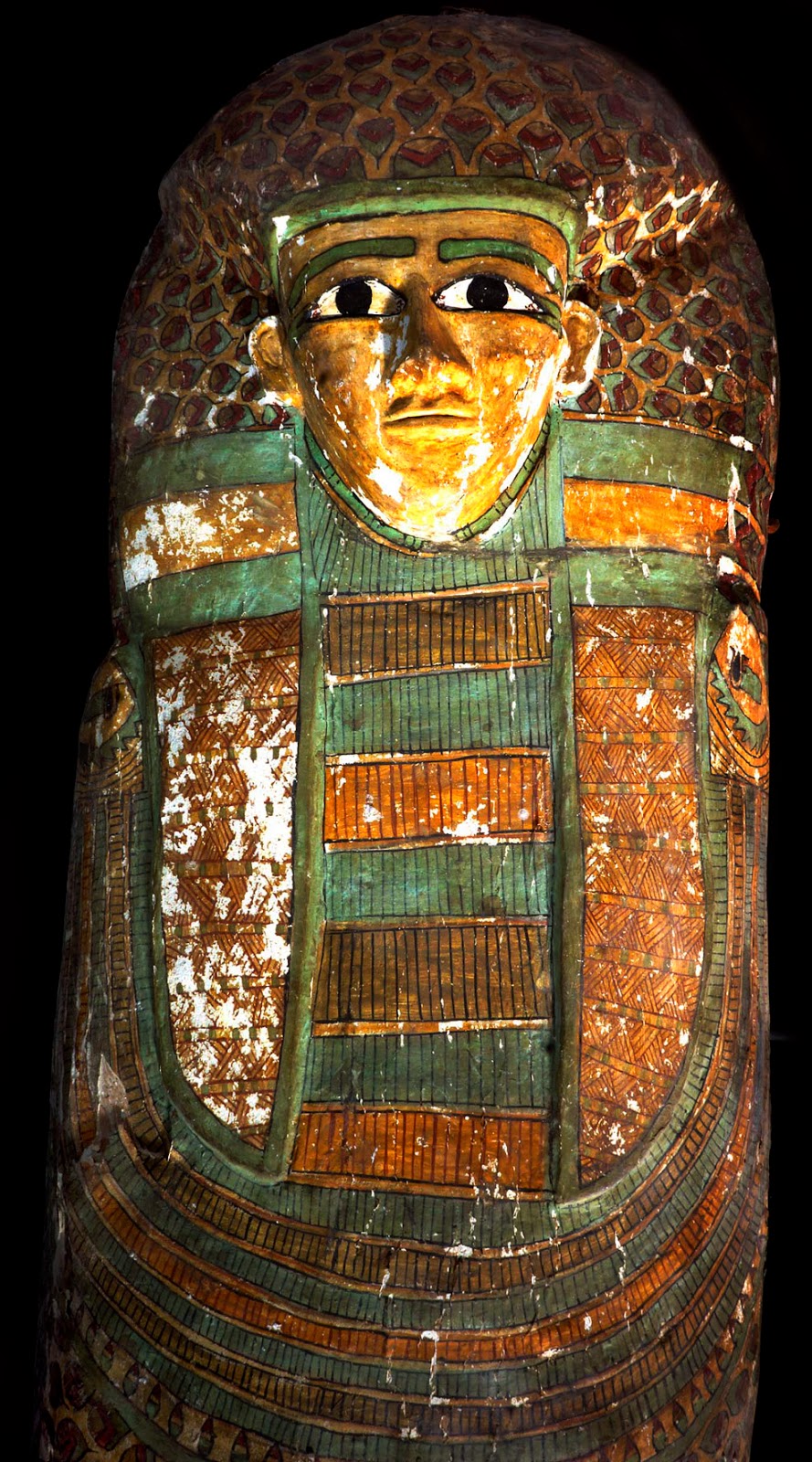 The Minister referred that more studies needed to define the name and titles of the coffin owner but initially we can tell he was a High official.

The coffin was discovered under the front yard of the tomb of Djehuty by the Spanish mission working on the site (directed by Dr. Jose M. Galan) while excavating the layers dated back to the Middle Kingdom. 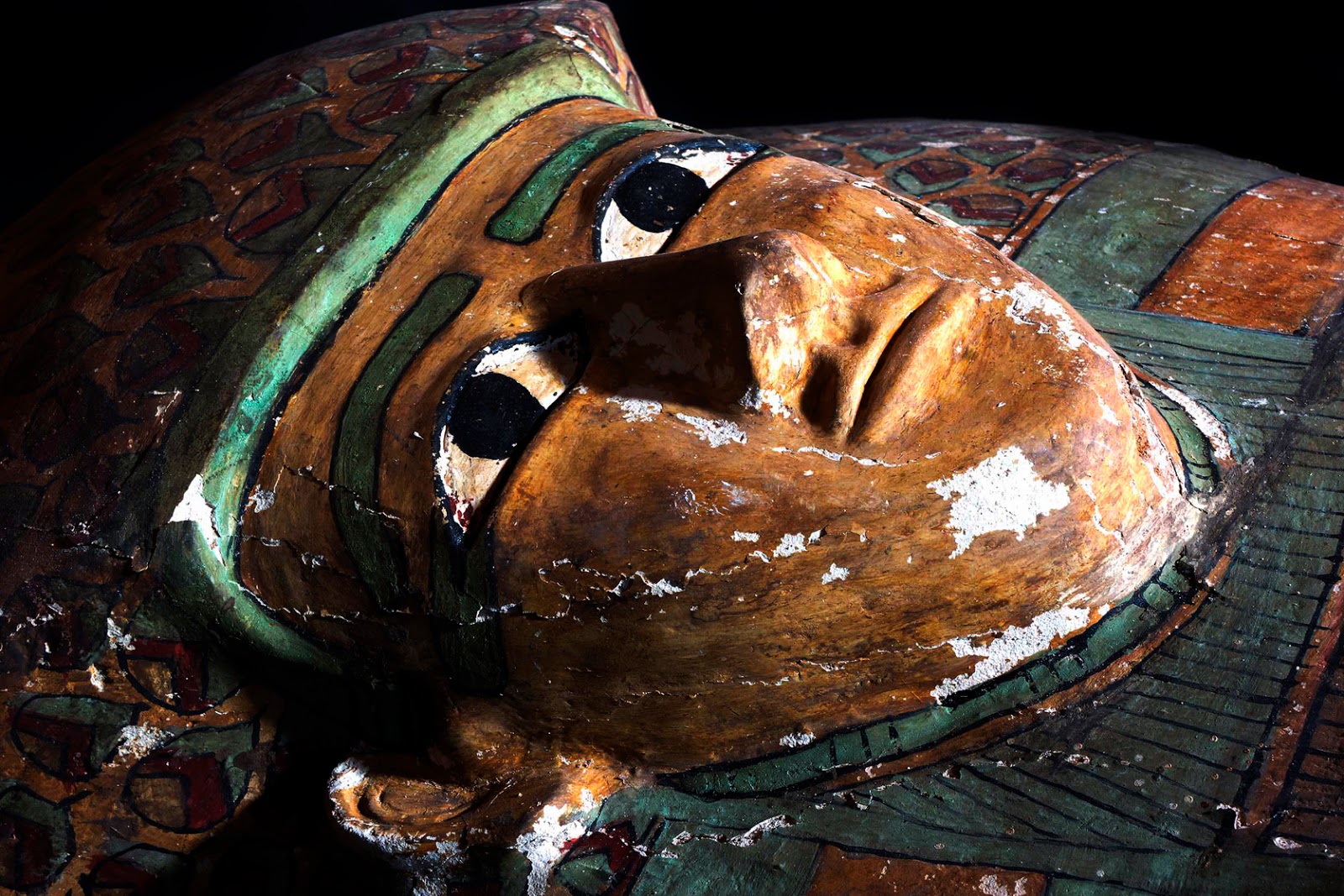 Abd El hamid Karar, director of Luxor antiquities said “The work started last month. In the beginning of this week, we discovered 3 burial shafts of which two were robbed by ancient tomb robbers while the third was found intact. The third burial shaft is 4 meters deep and it ends with a room in the southern side. That room was sealed with uneven mud bricks and when it was removed, the coffin was discovered.”

As for Dr. Jose Galan, he said “The mission has been working on Dra Abu El-Naga for 13 years. Last year, a wooden coffin for a 5 years old child was found dated back to 17th Dynasty beside a group of wooden Ushabtis wrapped in linen.” 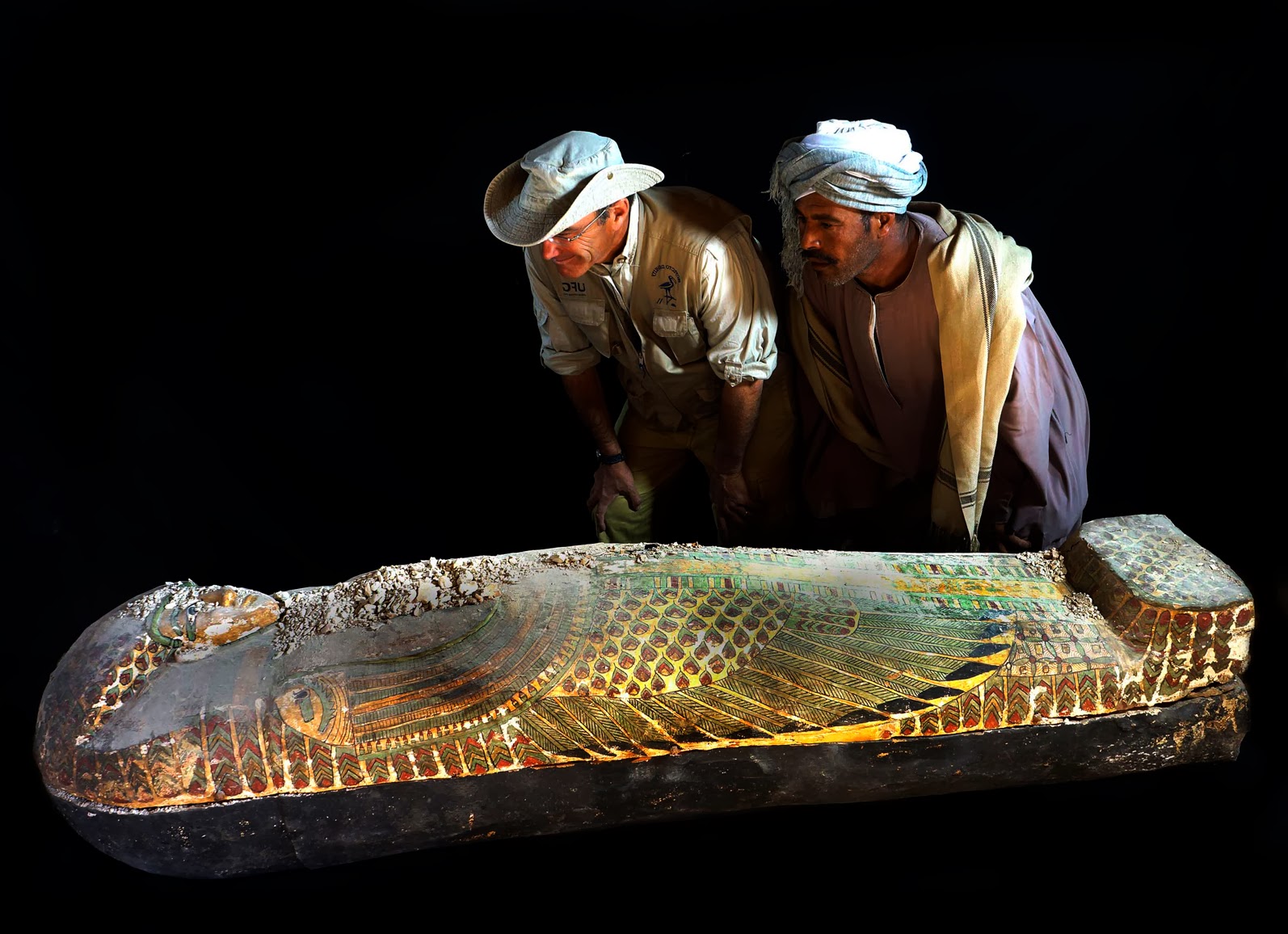 The U.S. announces 1 million pounds in support of the Museum of Islamic Art and Dar El Kutub