The Minister of Antiquities visited Beni Suef today to announce the discovery of a Ptolemaic limestone temple in Gebel El-nour site on the east bank of the Nile in Beni Suef governorate (115km south of Cairo). The temple dated back to Ptolemy II (Philadelphus) 284-246 B.C. 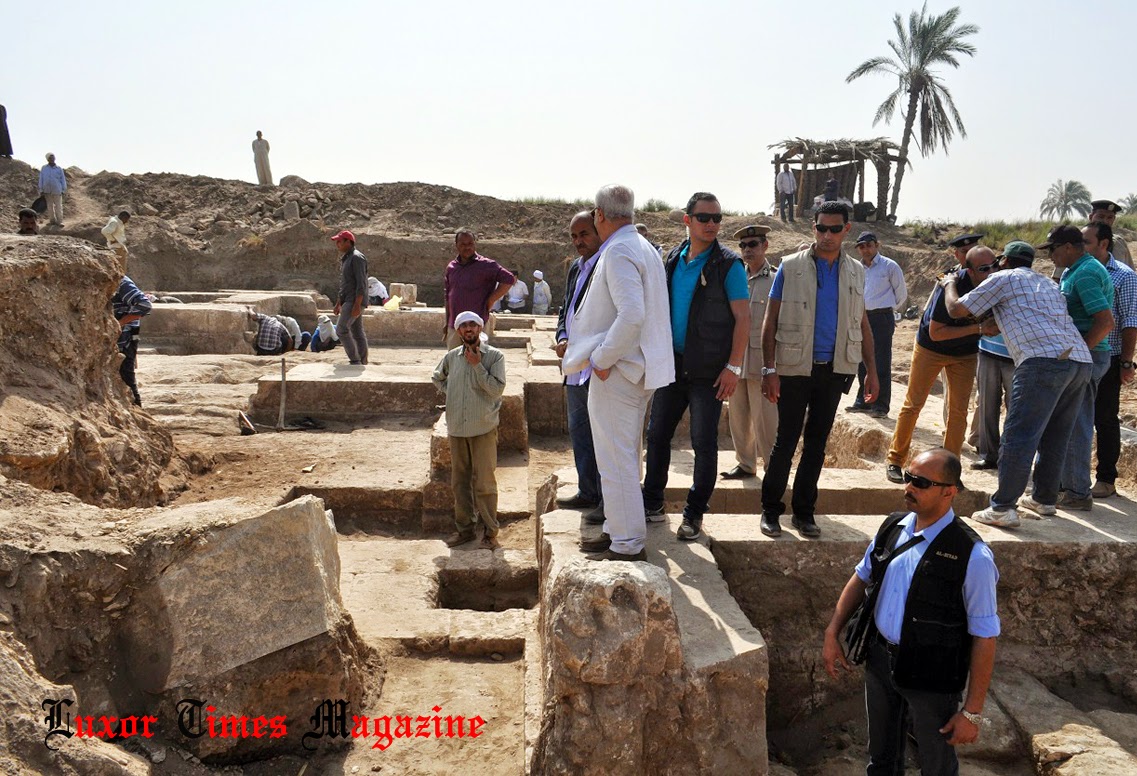 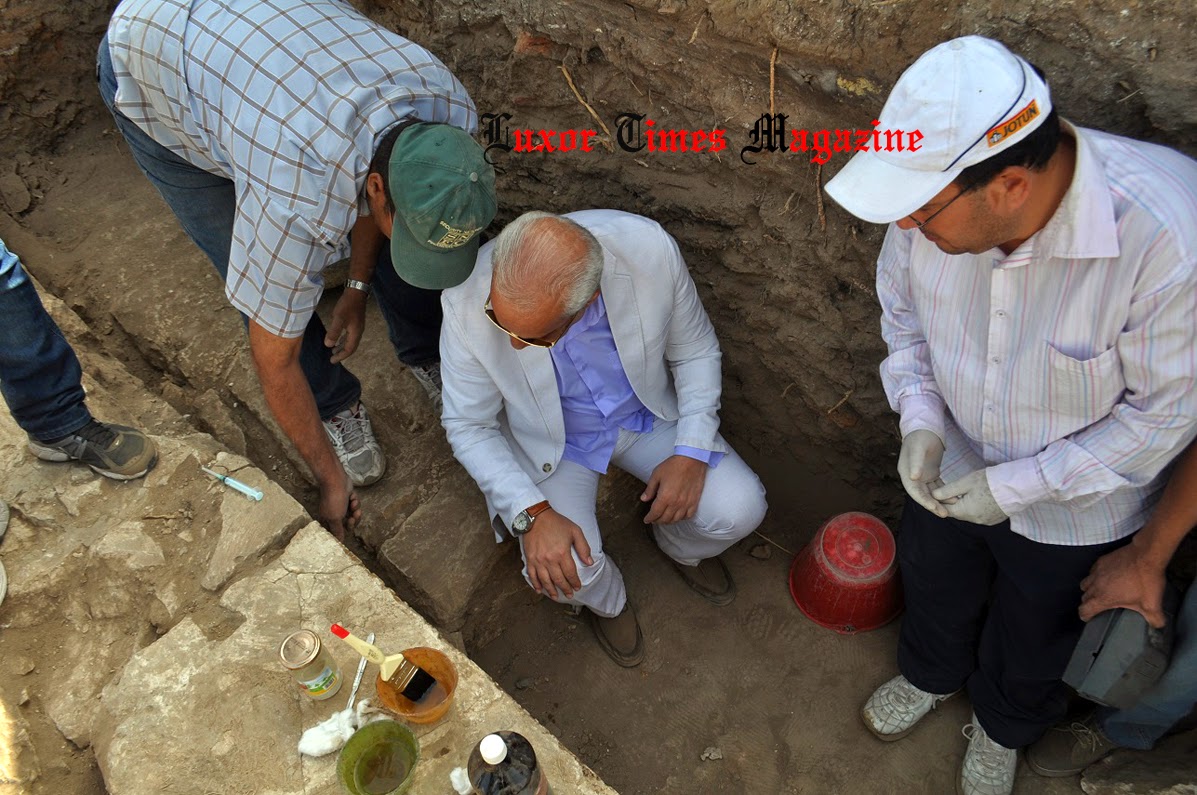 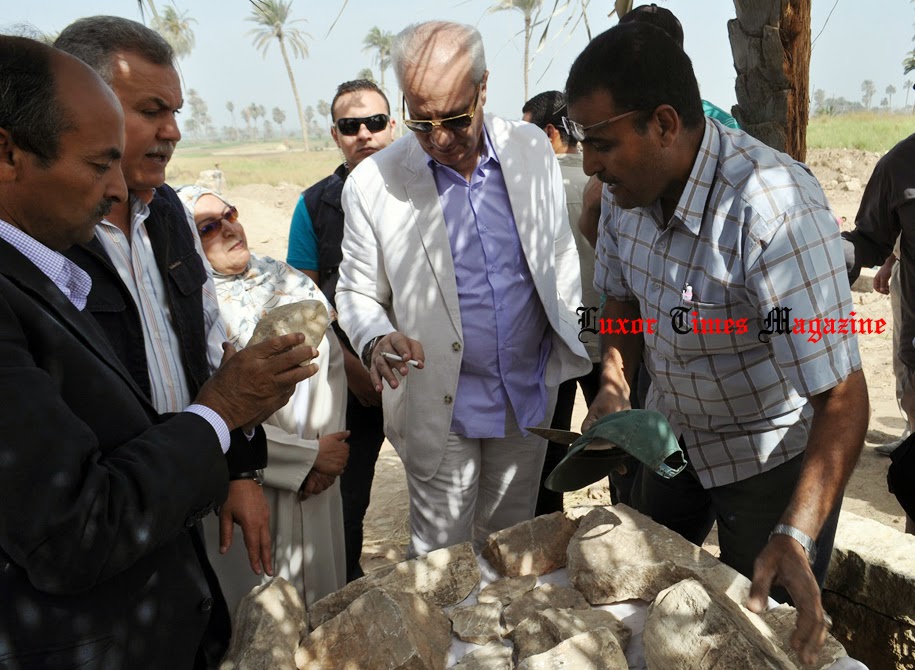 The importance of this discovery that it is the first temple of Ptolemy II to be found in Beni Suef which will help to shed the light on one of the important rulers who reigned for over 39 years.
The Minister said that initial look on the temple show that it was probably dedicated to the goddess Isis. He also stressed that more excavations has to be carried out to uncover more of the architectural elements of the temple soon.
Ali Al Asfr said that the Egyptian mission managed to reach the second part of the temple which contains few rooms as well as pottery and blocks bear the name of Ptolemy II.
Dr. Mansour Boraik, Director of the central administration of middle Egypt antiquities, said that that exterior of the eastern side of the temple shows King Ptolemy II with the Nile God “Hapi” behind him repeatedly carrying different offerings reflects the wealth of Egypt’s land. 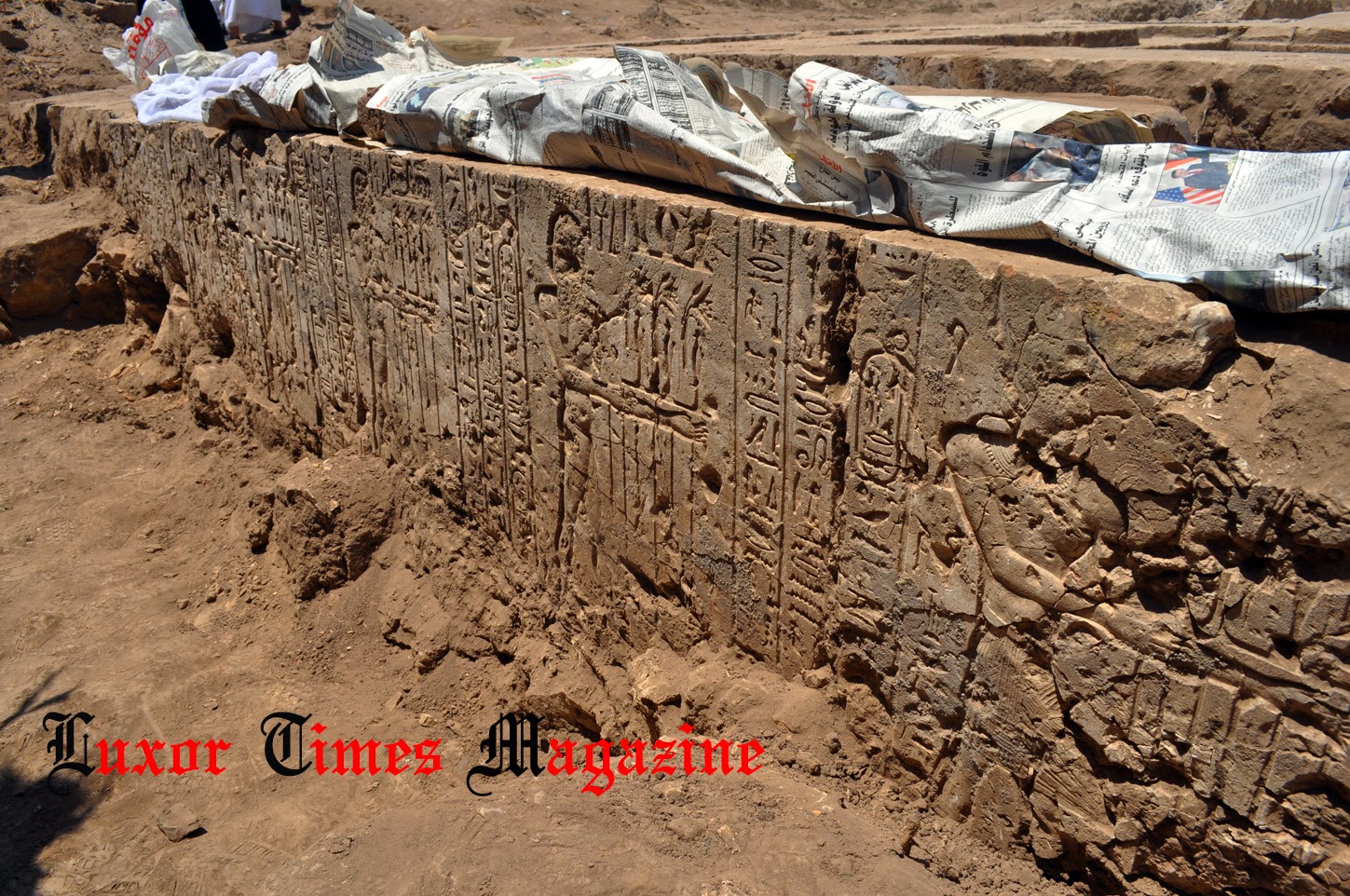 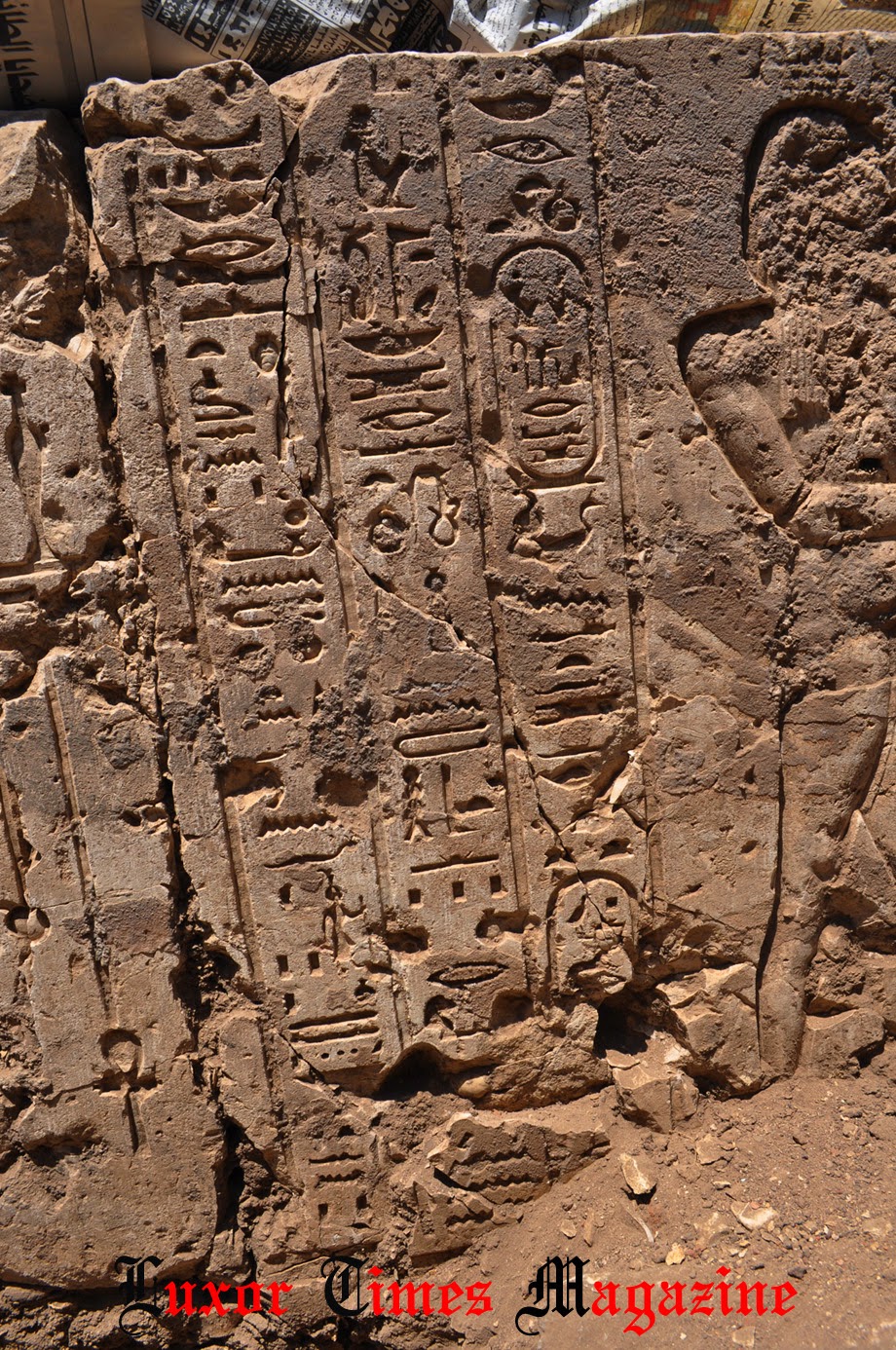 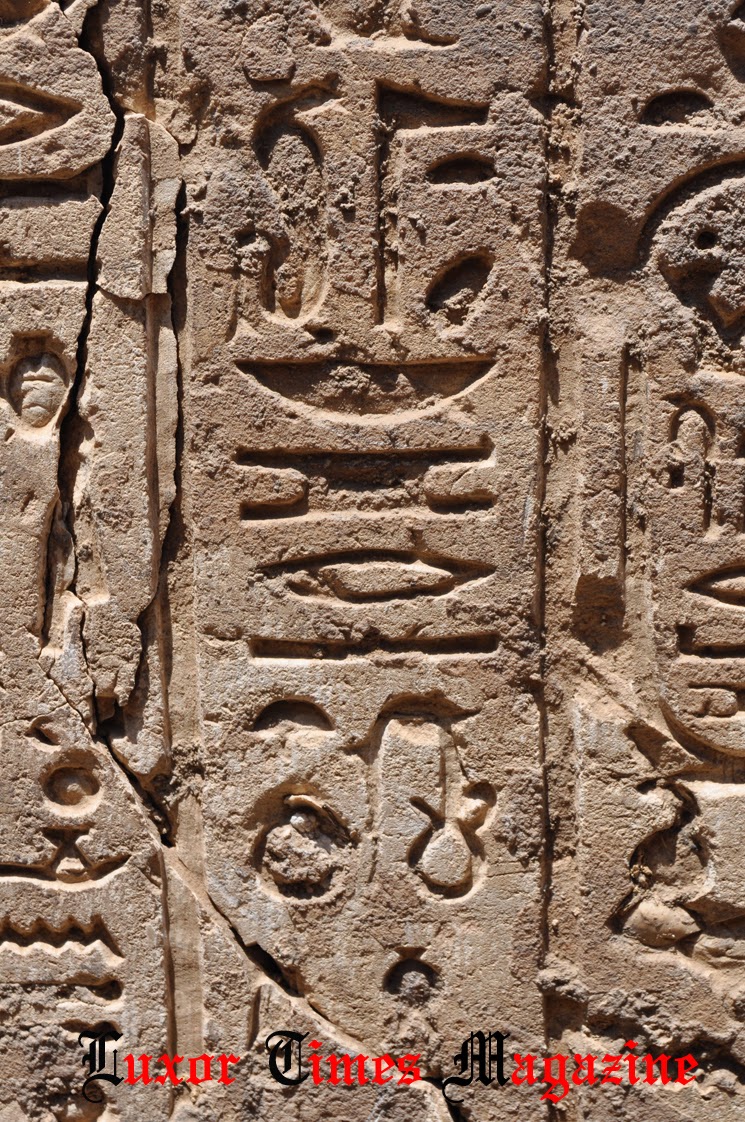