The Minister of Antiquities and Heritage, Dr. Mamdouh El Damaty, announced the discovery
of a limestone Mahat chapel dated to 11th Dynasty in Abydos in Sohag governorate.
The chapel shows high reliefs including the titles of Nebhepetre Mentuhotep II (reigned ca. 2046 BC – 1995 BC), the first pharaoh of the Middle Kingdom. 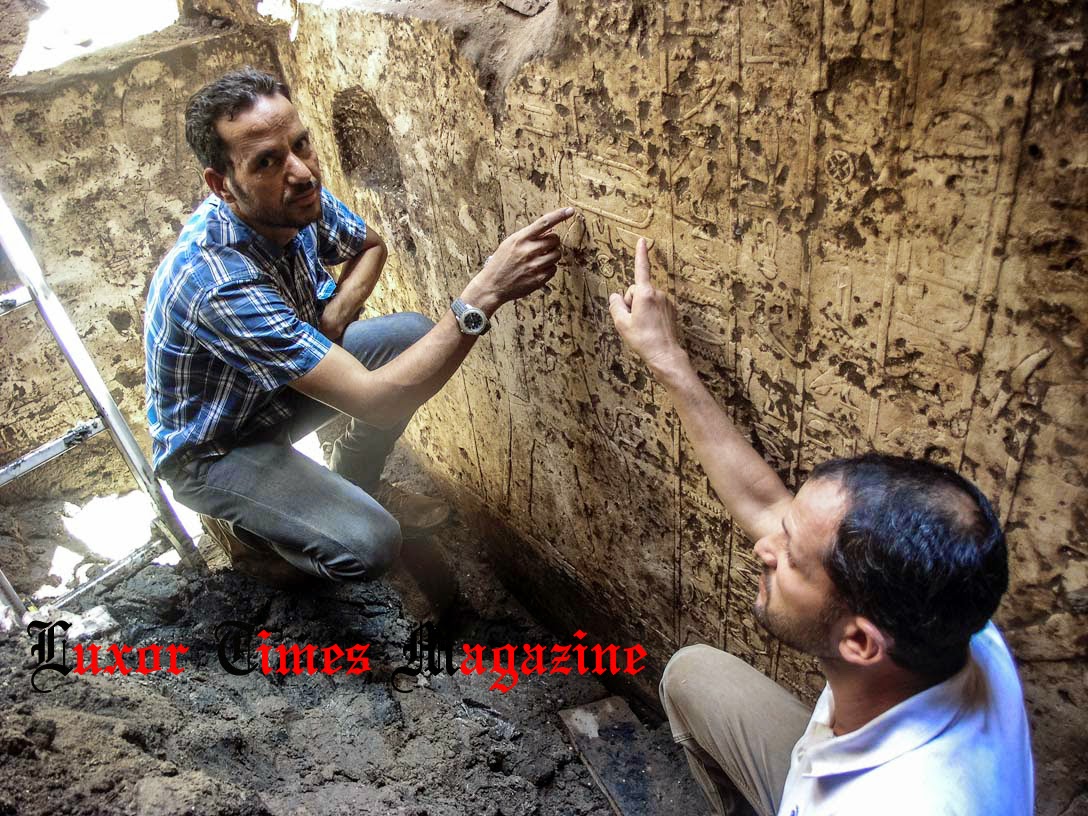 (Left: Ayman Damarany, Right: Yasser Abd El Razek)
According to the Minister, the importances of this discovery as the rare antiquities of Mentuhotep II in Abydos as only few blocks were found in Kom El Sultan necropolis at Abydos.
The discovered chapel located about 150 meters to the Northern East of Seti I temple.
Full story including exclusive details and photos will be published later with Luxor Times
#Egypt #Middle_Kingdom #MentuhotepII #Discovery #Heritage #Archaeology

Ancient Roman city discovered under the silt of the Nile Delta