On Wednesday, on his second day of an official visit to Luxor, British Consul in Egypt, John Hamilton has visited the site of the newly re-erected colossi statues of Amenhotep III at the Northern gate of the King’s funerary temple on the west bank of old Thebes. 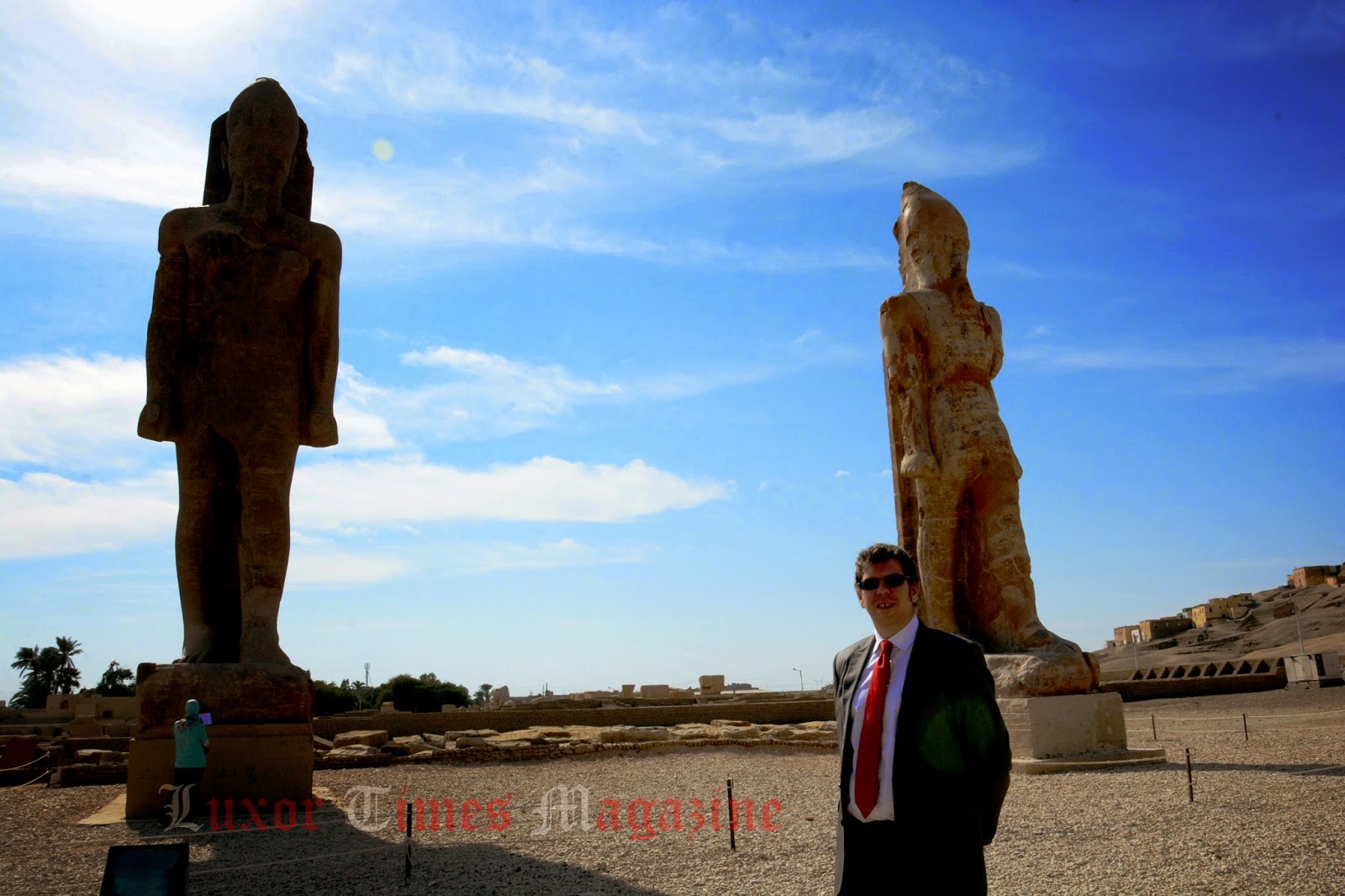 Mr. Hamilton arrived at the site where he met with by Dr. Hourig Sourousian, the head of the European-Egyptian mission working at the site.
Dr. Hourig talked to the British Consul about the history of the temple, its enormous size, the project to save the colossi, moving the blocks and fragments from the fields nearby and re-assembling them at the current location. 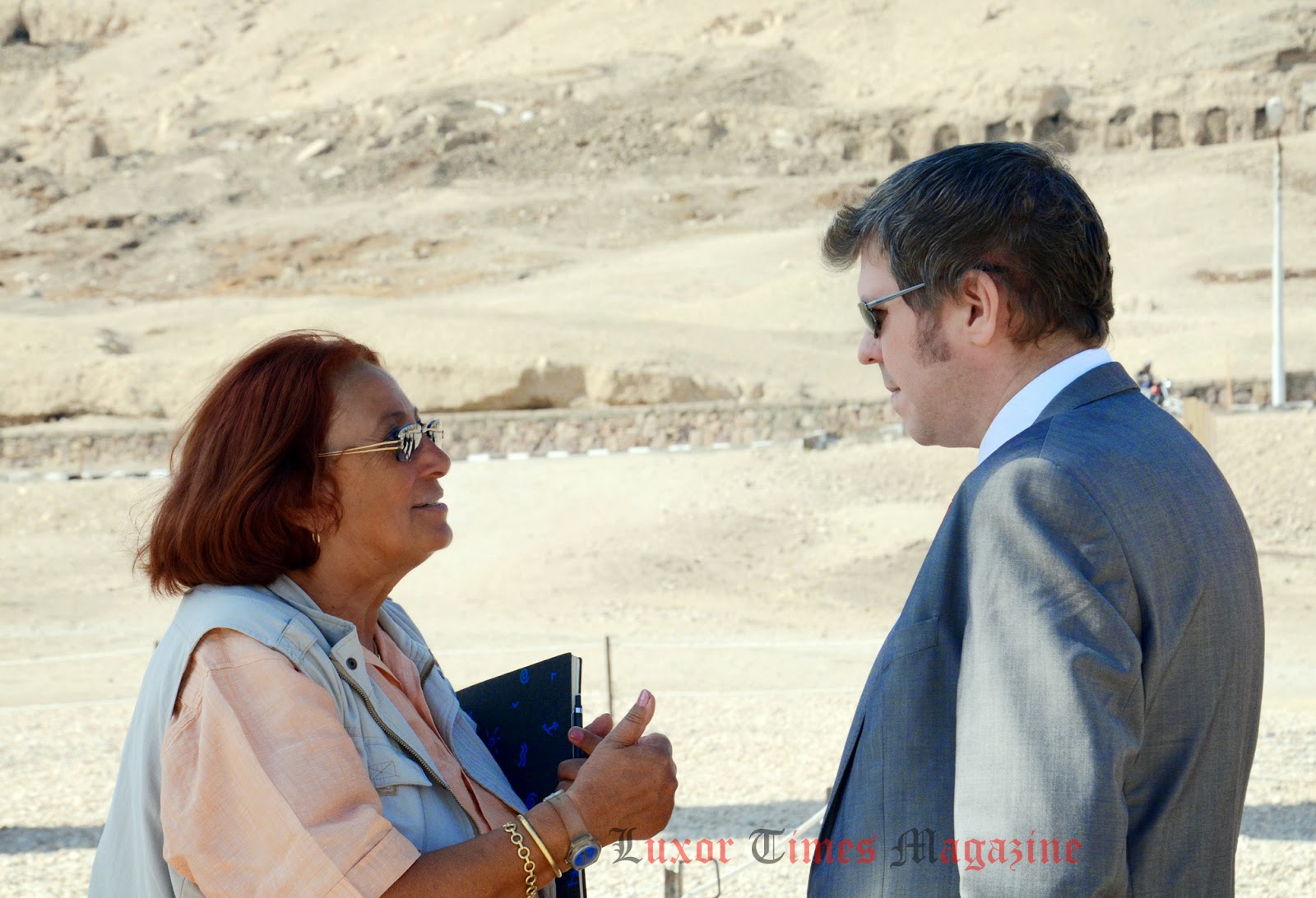 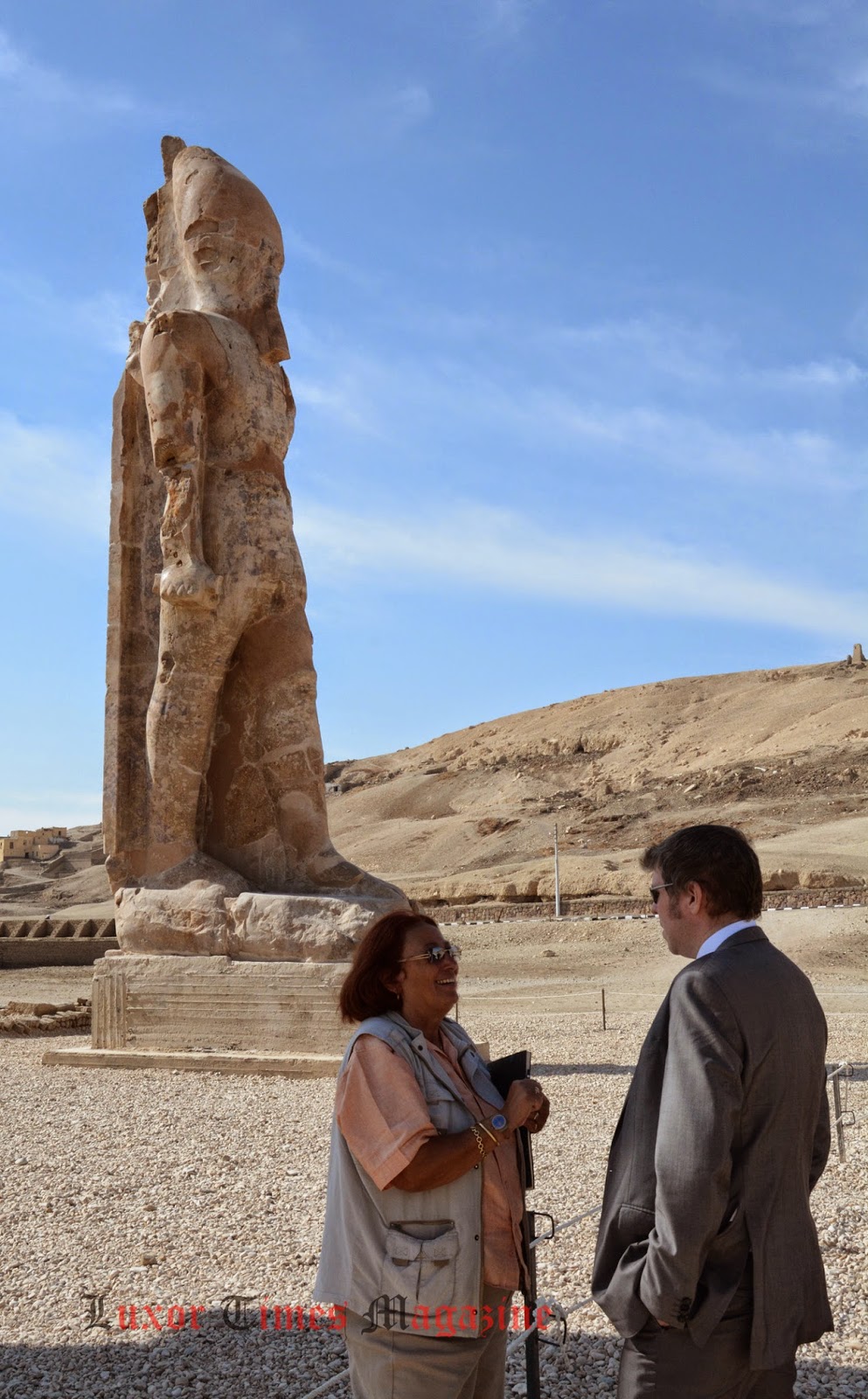 Mr. Hamilton was impressed with the size and condition of the colossi after restoration and he shared Dr. Hourig’s wish to be able to see the complete site of Amenhotep III temple reconstructed where it once was standing as the biggest temple on the west bank in Luxor. 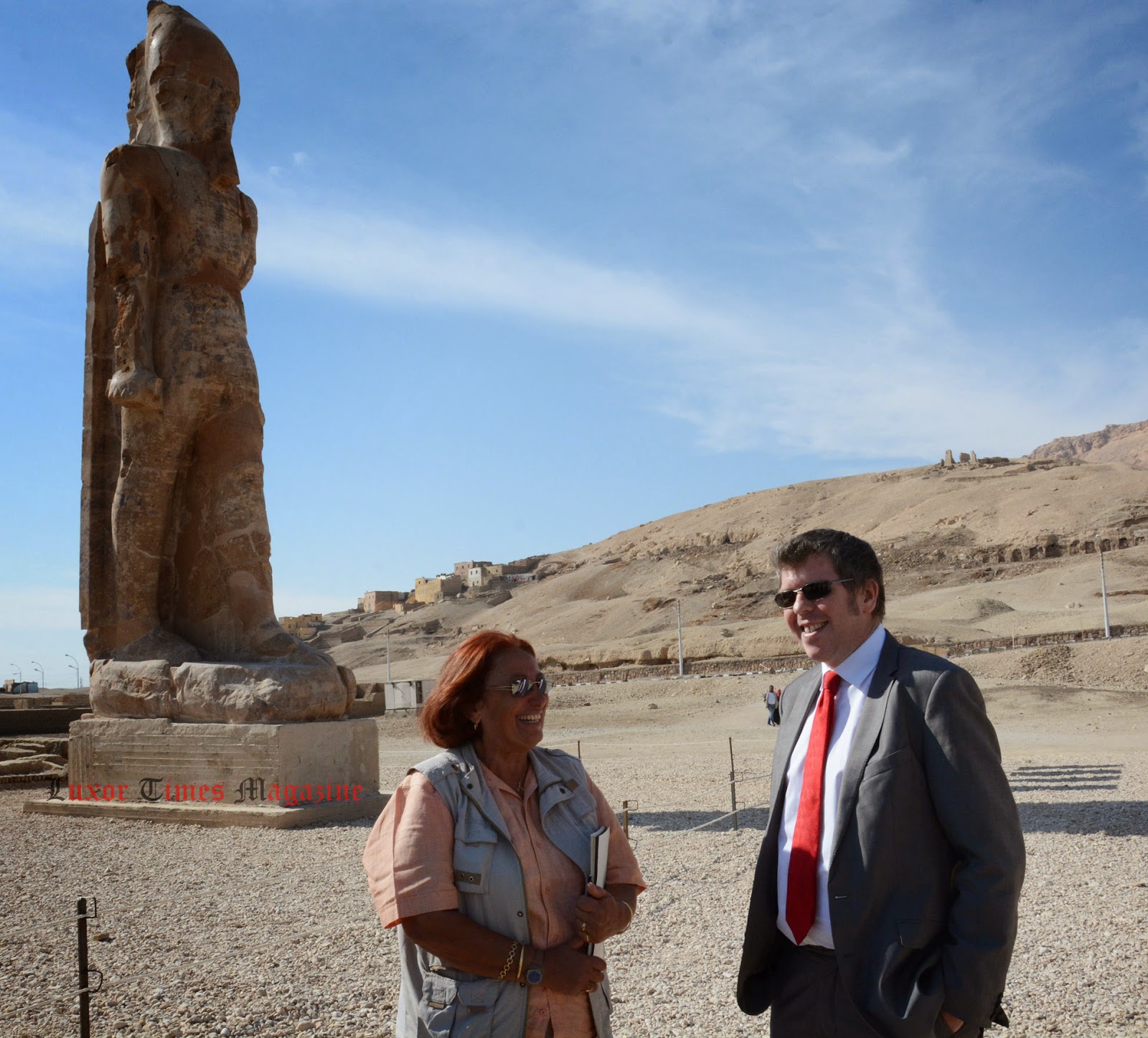 After the visit, Mr. Hamilton told Luxor Times “I was very impressed with what I have seen there, it is a great enhancement to the antiquities that are on show and a really good example of how the archaeologists working in cooperation with the local community and are able to rescue such important artefacts and display them in a good and sensitive manners so that many visiting tourists can enjoy them.”
Answering a question on what to say to British travellers, the British Consul said “There are many such great things to see here in Luxor and British tourists have been travelling here to Luxor for more than 150 years now and enjoying these sites in that time. I do hope that many more keep coming back and enjoy the many new developments from the old sites there are to see here.”
#Egypt #Luxor #UKinEgypt #FCO #AmenhotepIII #Tourism #Travel #AncientEgypt #Antiquities