Minister of Antiquities announced the new discovery of a new tomb by ARCE (American Research Center in Egypt) in Qurna on the west bank of Luxor.

ARCE team has successfully unearthed today the second tomb in a week to the East of TT110 where ARCE team was originally working on restoration and conservation of TT110 funded by USAID. 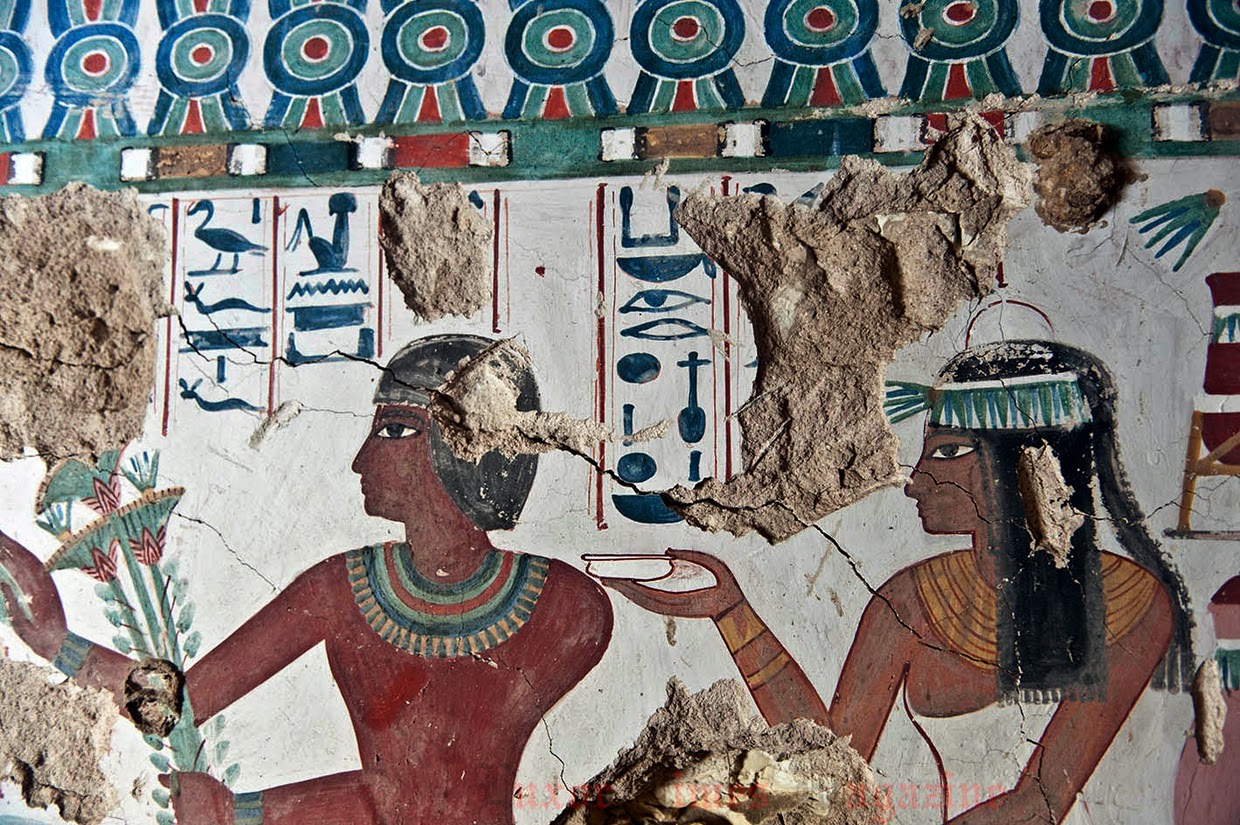 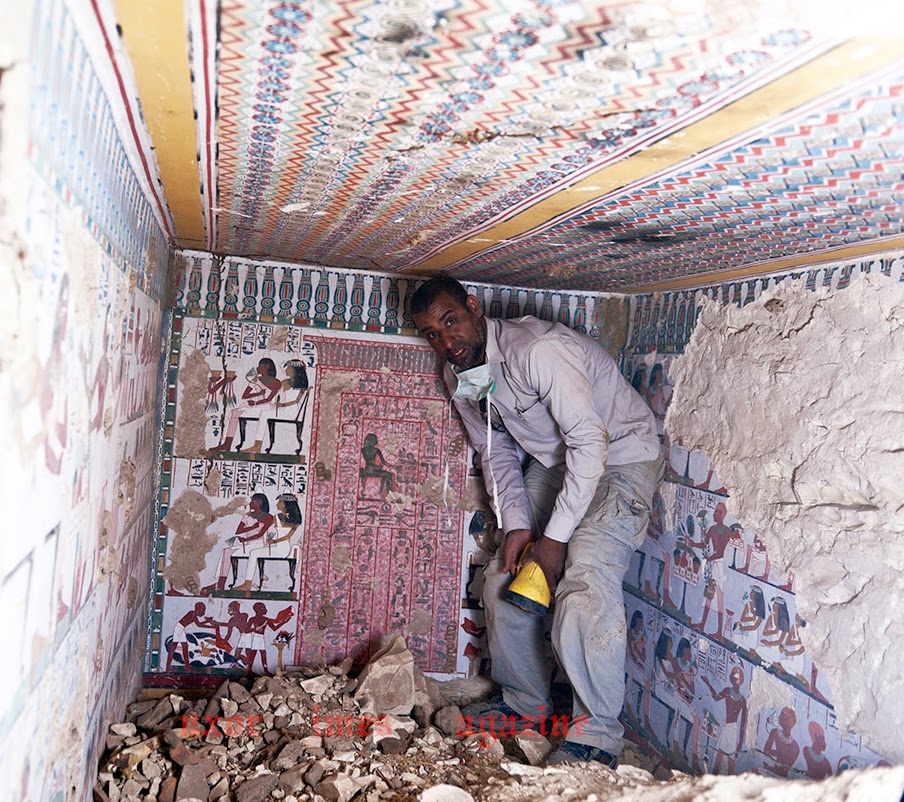 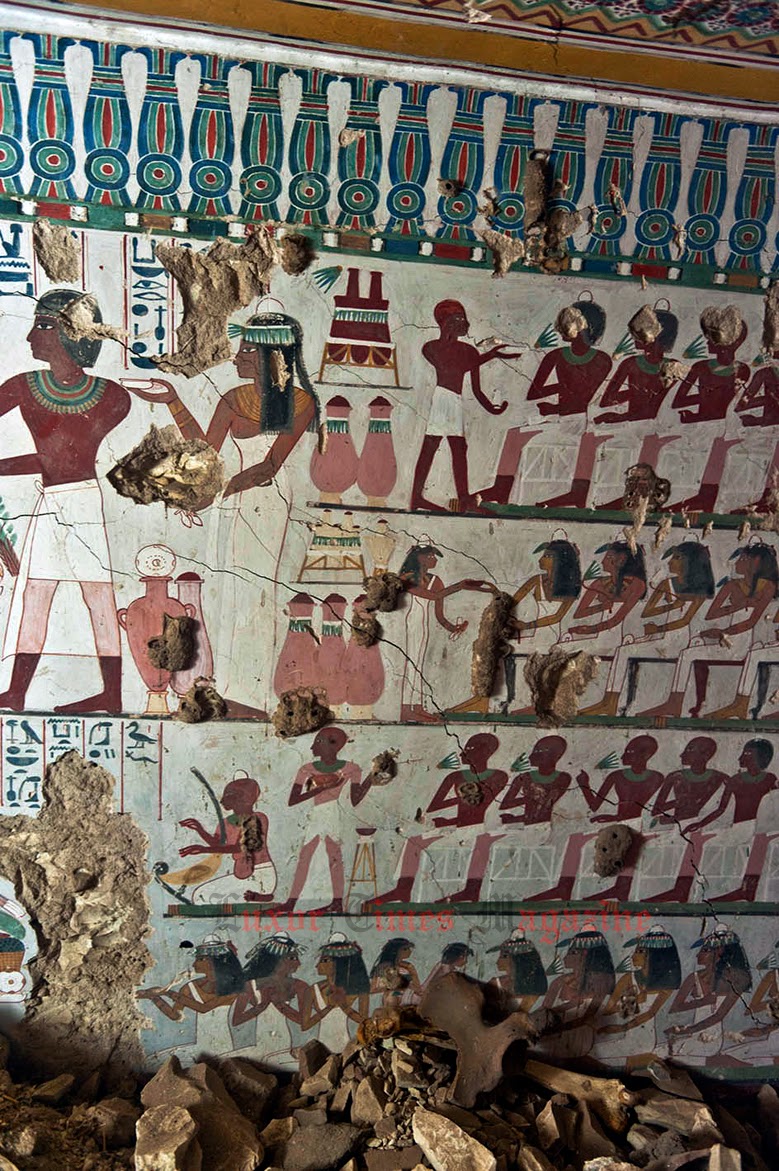 The newly discovered tomb dated to New Kingdom, 18th Dynasty and it belongs to a person called “Satmut” and his wife who is called “Ta-kh-at”.

The tomb walls has many daily life scenes in a good condition except the deliberate erasing of inscriptions and texts which is probably happened in ancient times.
This new discovery alongside the tomb discovered last week, will open the door to new discoveries in the near future which require more work to unveil new scientific and archaeological facts. 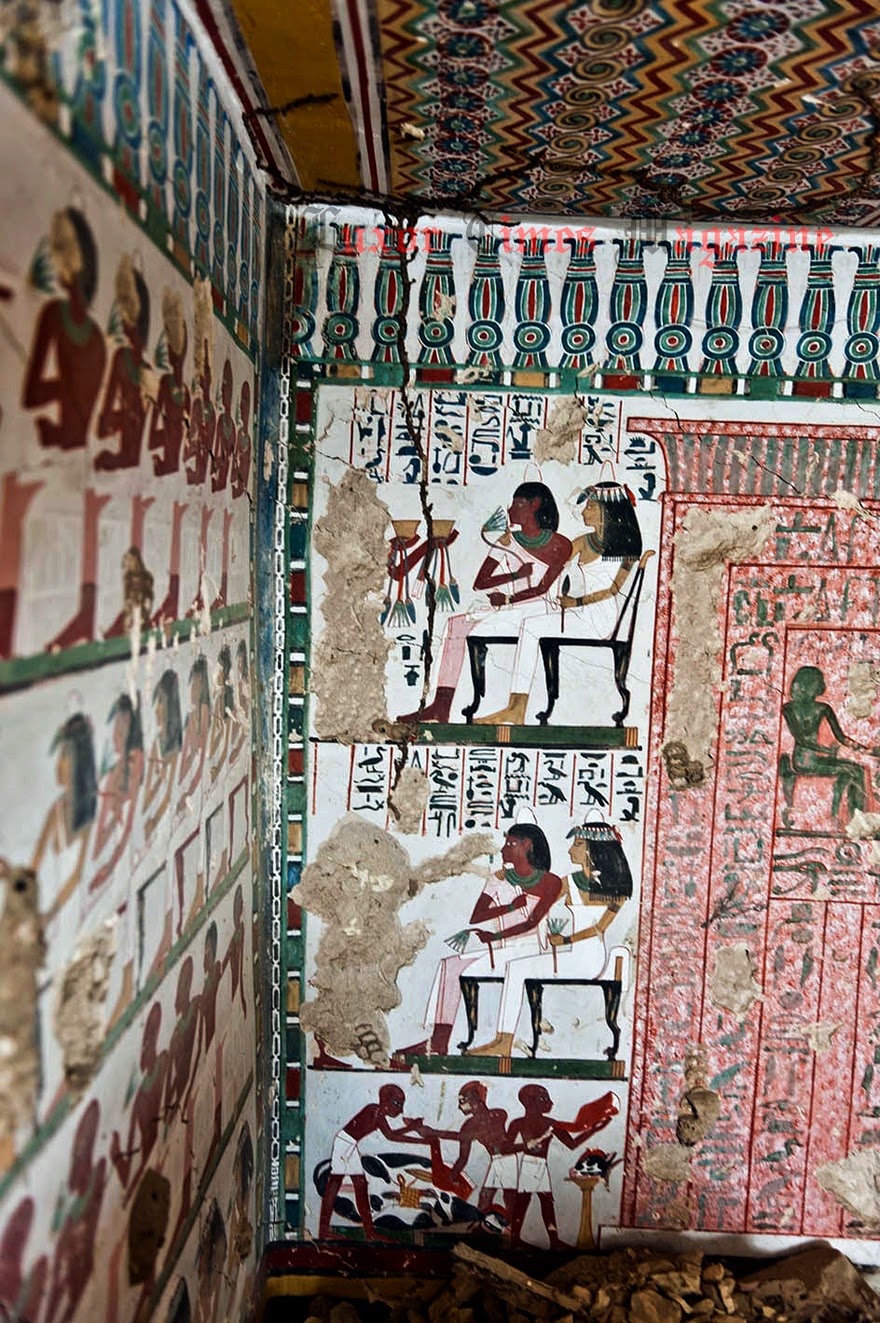 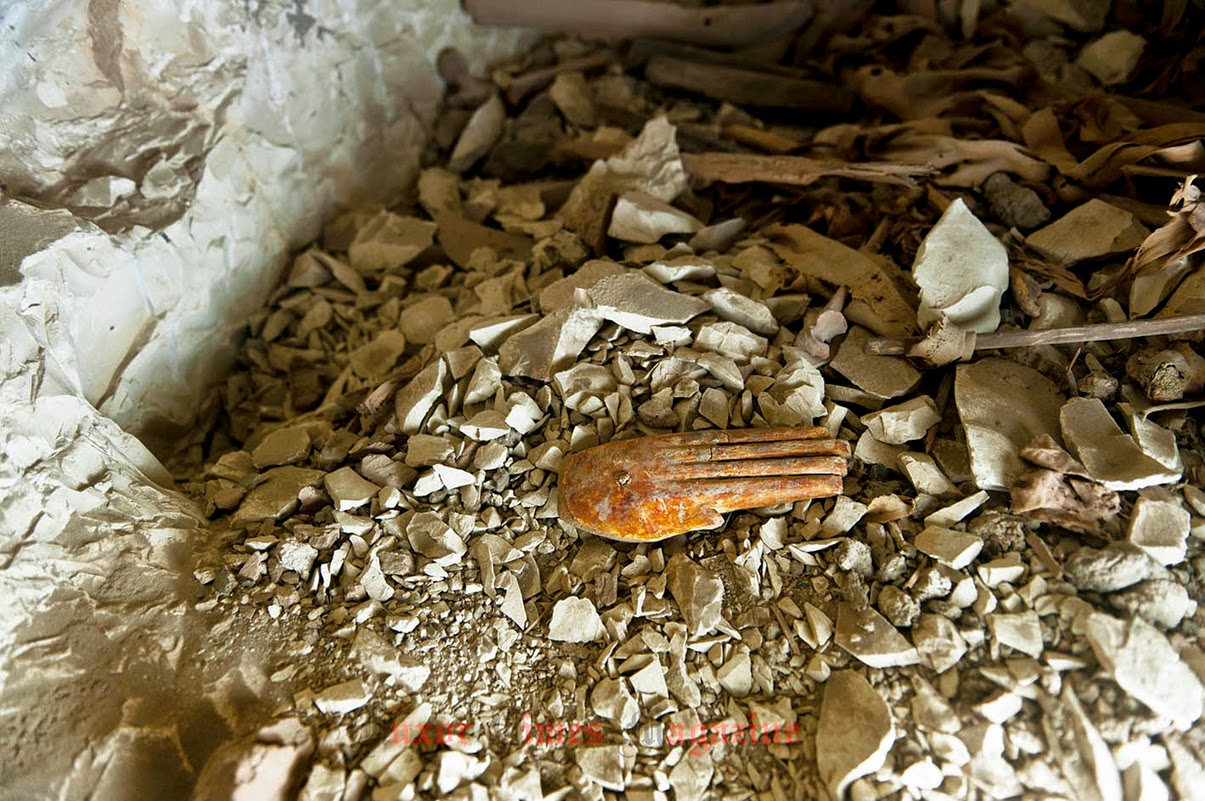 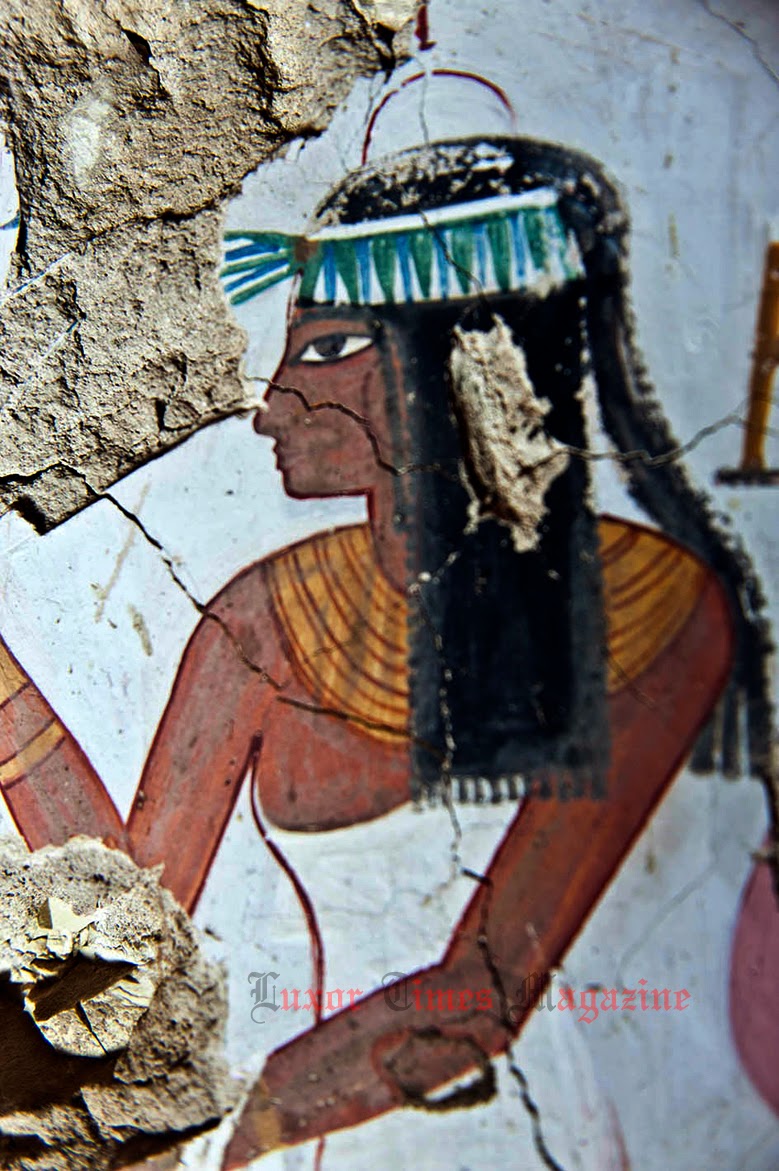 According to Egyptian archaeologist “Ali El Henawi”, team member of ARCE “The newly discovered tomb is located to the east of TT110 and share the same courtyard. The tomb door is to the south of the first tomb and it has an oblong hall with a shaft filled of debris. “

Dumped away: Bloc of a Ramesside statue was found in Akhmim

Exclusive: The 5$ ticket issue of Mut and Isis temples, reason and solution