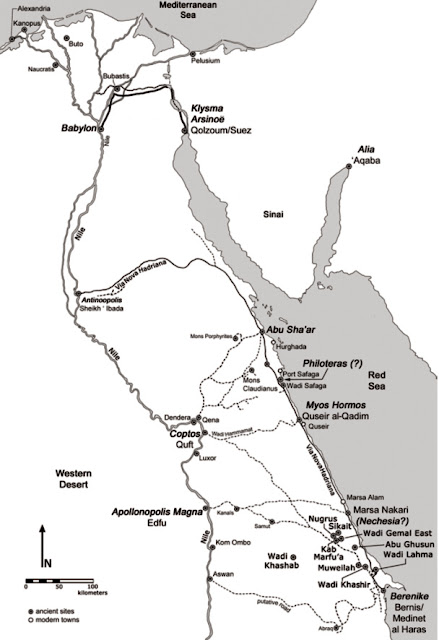 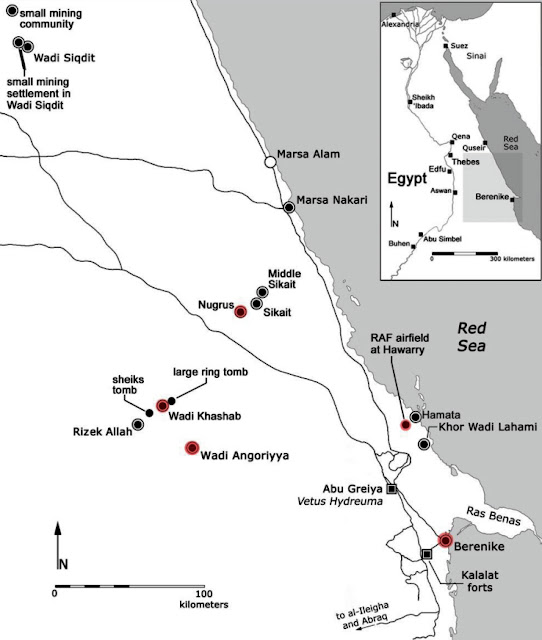 Drawing by M. Hense.
The harbor site was considered Roman-Ptolemaic but the latest discoveries shows that it was used a long period prior including Amenemhat IV cartouche of Middle Kingdom on a sandstone stele.
The mission continued a geomagnetic survey of Berenike and also excavated in whole or in part 12 trenches during the last season. Participants included dozens of staff from the USA, Poland, the UK, Spain, Romania, Canada, the Netherlands, Sweden and Egypt together with approx. 76 locally recruited Bedouin workmen. 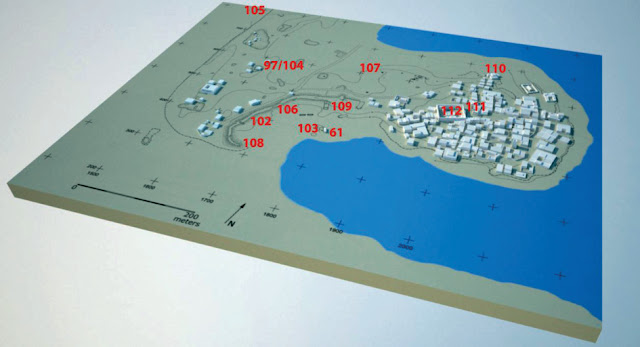 Plan of Berenike with locations of trenches from the winter 2014-2015 season.
Drawing by M. Hense
6 of the 12 trenches excavated were in the south-western harbour and two of these were continuations from previous seasons. Those in the south-western harbour excavated during the last season – where the season before, the remains of an early Roman ship frame made of cedar wood had been discovered and previously ship timbers joined using pinned mortise and tenon construction techniques -contained a range of structures and finds.
The purpose of some structures excavated in the south western harbor during the last season remains unknown at this time. One was an edifice of uncertain function (Trench BE15-103: possibly a warehouse or work area) that lay west of a sunken structure excavated in 2010 and 2011 (Trench BE10/11-70). Excavations also included part of the interior of a late Roman temple (Trench BE10/12/13/14/15-61), industrial and metal working areas (Trenches BE14/15-102 and BE15-108) and a possible ship repair or ship dismantling facility (Trench BE15-109). There was also a small sondage (BE15-106) excavated to recover additional archeobotanical remains for study.
Excavations in trench BE14/15-102 (which had produced an intaglio of a mounted horseman during winter 2013-2014) also documented another intaglio this season. Carved on an oval shaped cabochon likely made of carnelian, this specimen had engraved on it a draped female figure standing facing left. 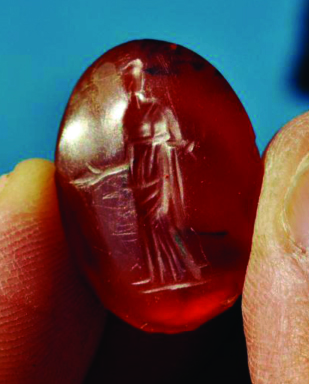 Intaglio from a ring or necklace, likely made of carnelian. Second/first century BC. Photo by S.E. Sidebotham
The discoveries of the last season include parts of the enterance to Serapis temple, several inscription fragments, Steles, first century 3 human burials: 2 for males and one for a female, Ptolemaic urban defenses and hydraulic facilities. 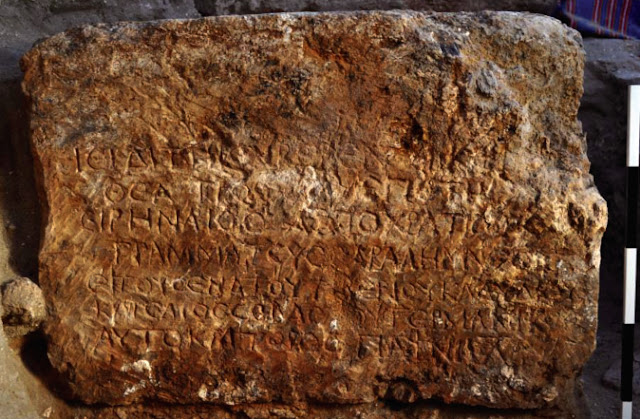 Inscription dedicated by a secretary to Isis the Greatest Nurse Goddess in 49 AD.
Photo by S.E. Sidebotham 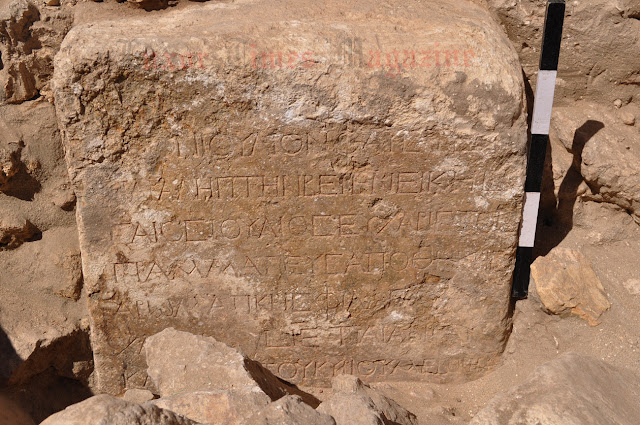 Inscription (records a statue) dedicated by a secretary in charge of an aromatics warehouse at Berenike to a prominent citizen of the city in 112/113 AD. Photo by S.E. Sidebotham. Courtesy of MOA

One of the many inscription fragments from the so-called Serapis Temple. Carved in Greek during the joint reigns of Septimius Severus and Caracalla. Late second-early third century AD. Photo by S.E. Sidebotham 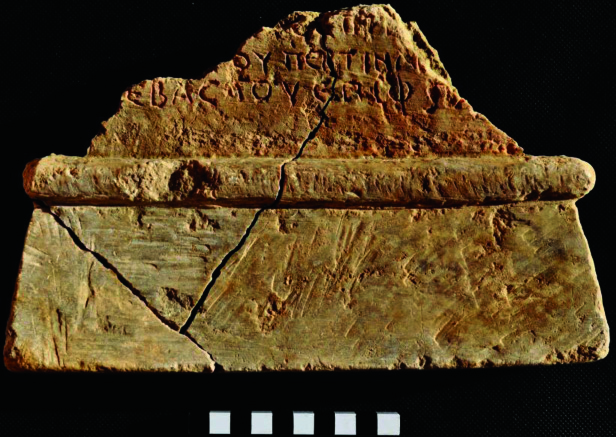 Several of the many inscription fragments (a plaque in this case) from the Serapis Temple. Carved in Greek during the reign of Septimius Severus (193-211 AD) Photo by S.E. Sidebotham 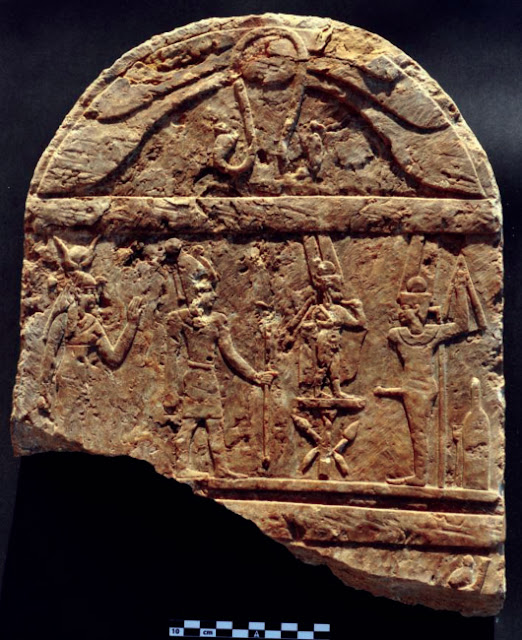 Stele in Egyptian pharaonic style of Roman date depicts (from left to right) images of Hathor/Isis, some emperor whose name is lost, Harpocrates standing on a podium and Min/Pan. Photo by S.E. Sidebotham 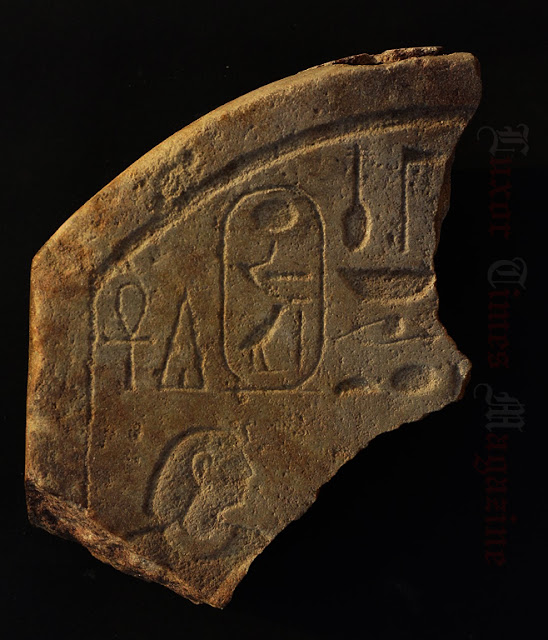 Upper right portion of an inscription on a sandstone stele in hieroglyphs. The cartouche records the Pharaoh Amenemhat IV (reigned about 1800 BC) Photo by S.E. Sidebotham. Courtesy of MOA 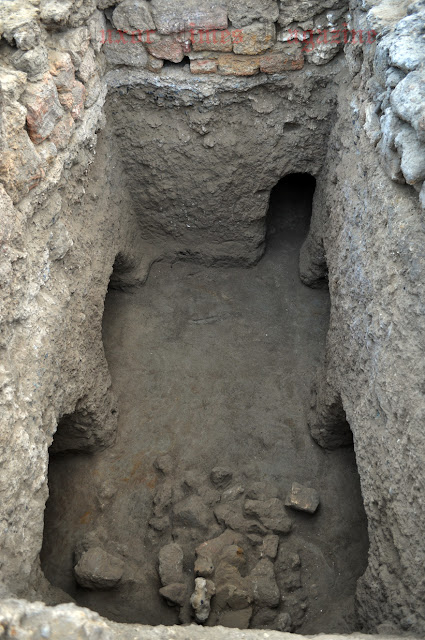 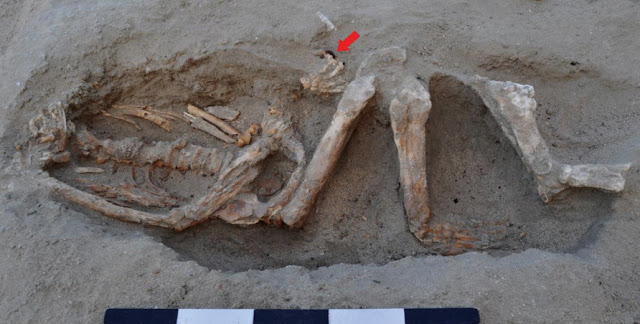 Skeleton of an adult male wearing an iron ring (indicated by red arrow). First century AD.
Photo by S.E. Sidebotham
For more details of the last season of excavation and documentation at the site, you can download Dr. Steven E. Sidebotham field report in details from Here
Also you can support the mission work “The Berenike project” from HERE
The great supporter of The Berenike Project during the last season was Honor Frost Foundation. You can check their great work from HERE
#Egypt #Archaeology #Egyptology #Discovery #AncientEgypt

Happening Now: Minister of Antiquities "Valley of the Kings will beopen at night in July"

For the first time in 3500 years, Royal tombs are open at night