Dr. Mamdouh El Damaty, Minister of Antiquities, said that he contacted Dr Nicholas Reeves regarding Dr. Reeves’ hypothesis about the burial of Nefertiti behind secret doors in King Tut’s tomb.

Th minister said that during the call he agreed with Reeves to come to Egypt in the second half of September to present all details of his theory in a debate with Egyptologists working for the ministry of antiquities. 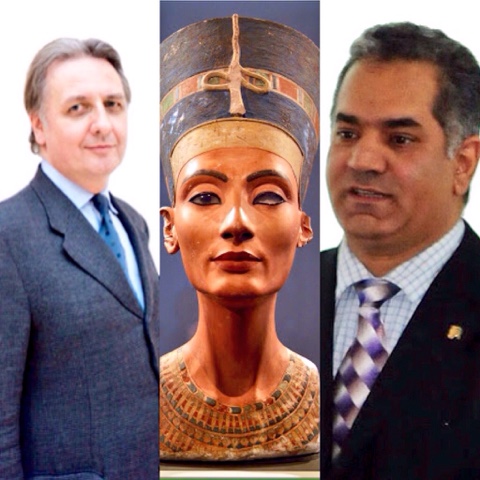 Based on the outcome of the debate, then will head to Luxor in an attempt to prove the clues Reeves based his theory on and announce the results in an international press conference.

El Damaty emphases that the ministry of antiquities can not make any statements regarding archaeological information or potential discoveries without going through the scientific studies and experiments then make the announcement in order not to cause confusion in the Egyptology field.

Minister of Antiquities responds to Reeves announcement on Nefertiti's burial