The discovery has taken place while the team of Edfu inspectors were doing experimental excavations in the front part of the temple in order to implement the second phase of lowering the ground water project funded by USAID. 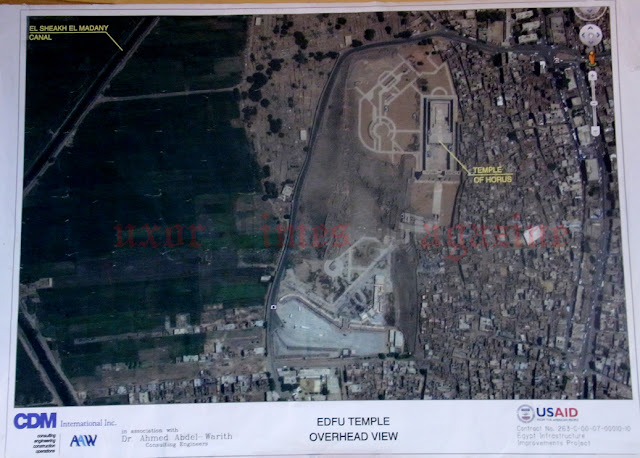 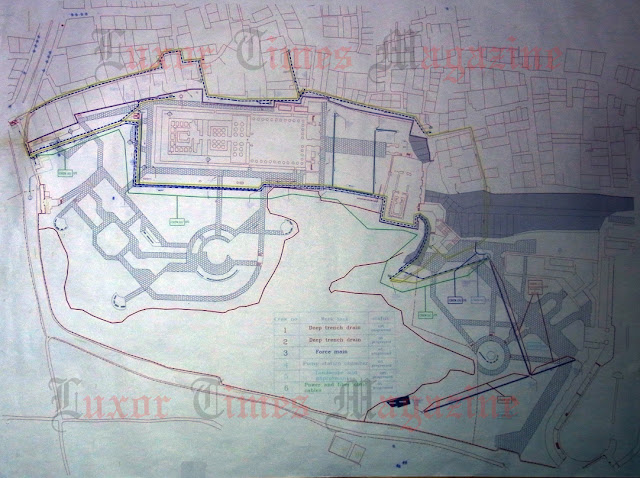 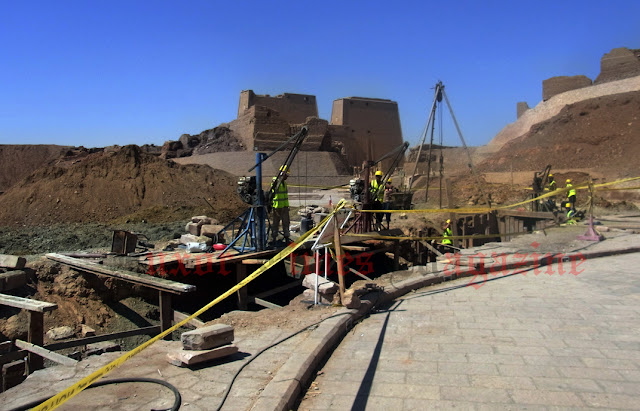 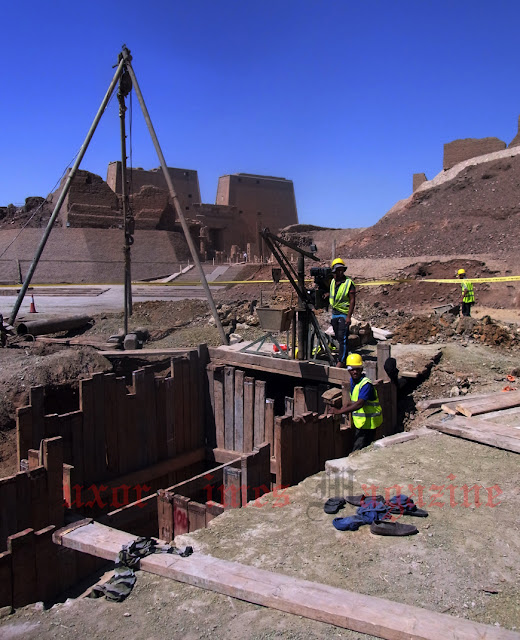 What was discovered?
A group of pottery dates to the Old Kingdom and Late period as well as human remains scattered in the debris with a few burials. Mr. Nasr Salama, general director of Aswan Antiquities, said “The discovered pots are in different shapes and sizes. 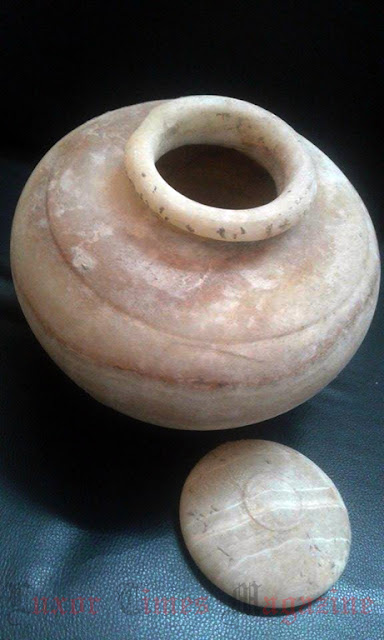 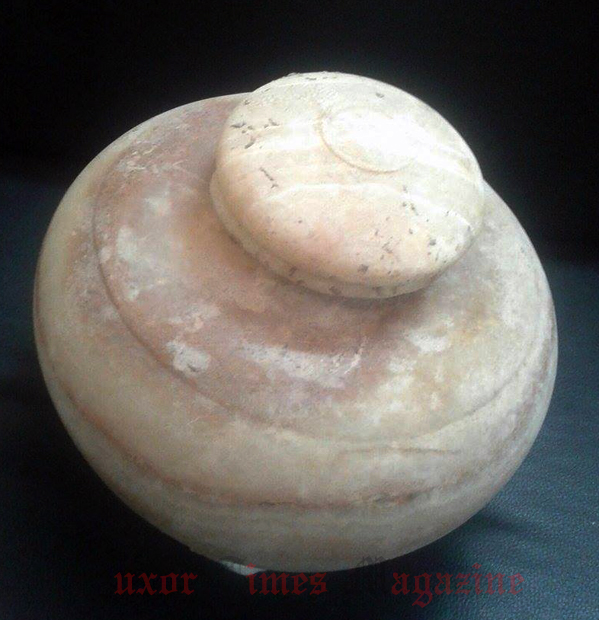 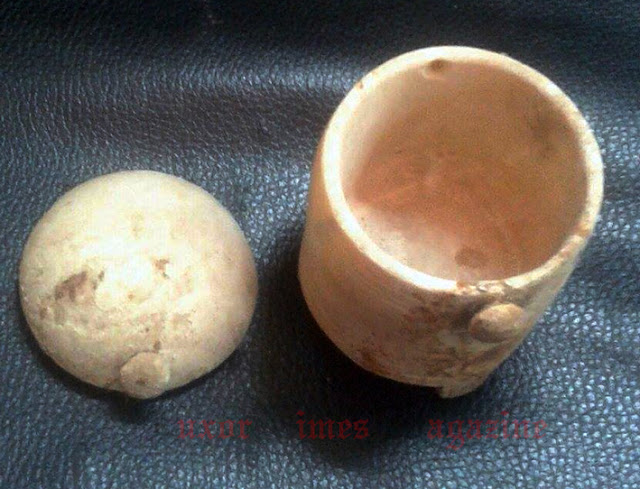 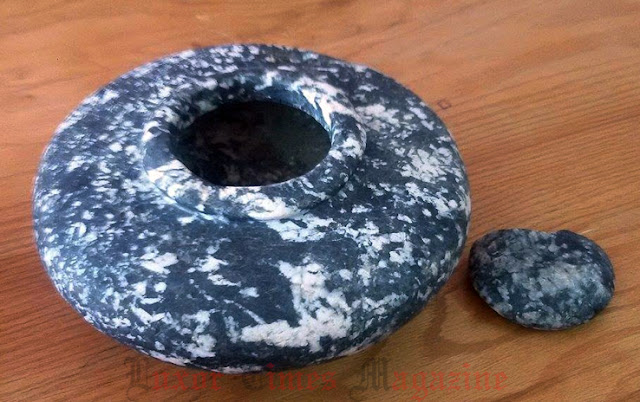 Some of them are pottery and other made of alabaster. Also an Old Kingdom copper mirror was found.”
Mr. Salama added “The restoration team of Edfu antiquities managed to clean and do needed restoration work on the discovered antiquities before being transferred to the warehouse.” 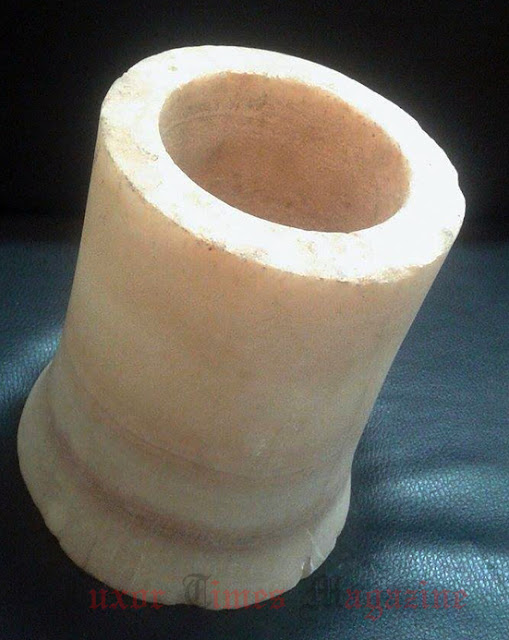 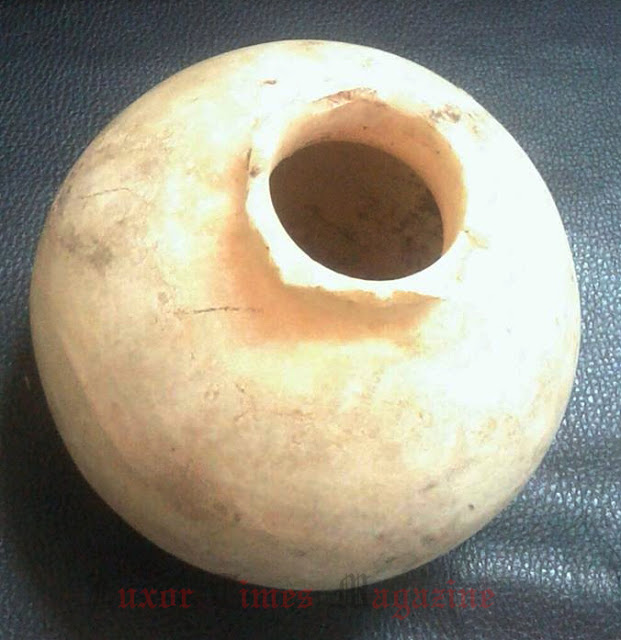 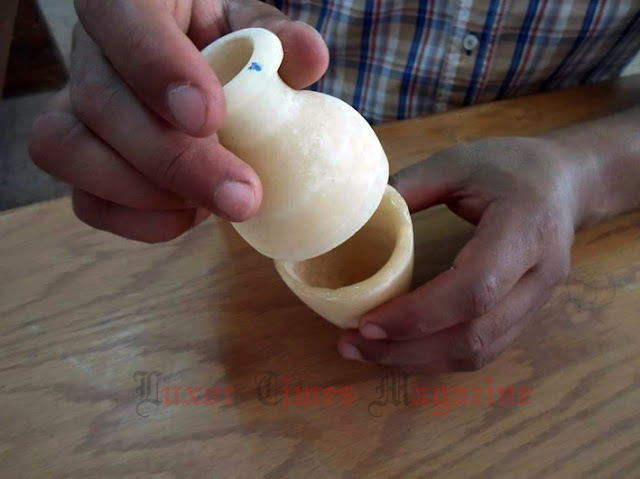