The German-Egyptian mission working in Matariya, Old Heliopolis, has successfully unearthed more stone blocks of the royal chapel of King Nectanebo I of the 30th Dynasty.

Last April, the mission discovered the lower part of the royal chapel and this discovery today continues the work on the chapel. (More about the discovery from April, you can visit the link HERE)
At that time Dr. Dietrich Raue, head of the mission, said “It is expected to discover the remains of the chapel during the next excavations seasons. Dr. Raue also pointed out that the temple mud brick wall of 15meters width was discovered and hope to find more elements in the temple area in the future.” 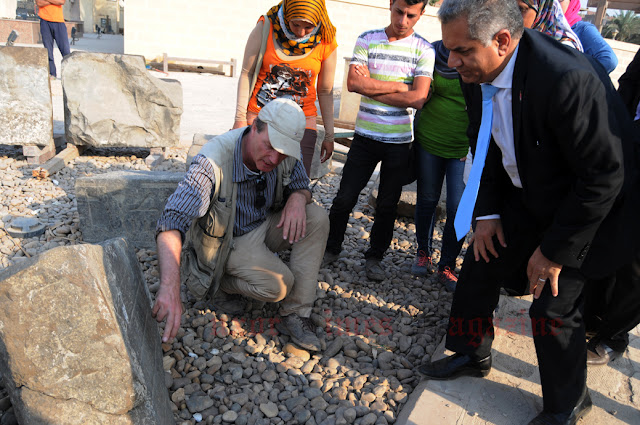 Minister of Antiquities, Dr. Mamdouh El Damaty, said “The mission also successfully uncovered small limestone parts of ancient columns as well as a part of a ceiling shows shapes of stars belong to Nectanebo I temple.”
Dr. Mahmoud Affifi, Head of ancient Egyptian department, said “The team discovered a part of the statue of King Merenptah which was discovered last season beside part of a statue of King Nectanebo I. Also parts of mud brick wall was discovered which represents a part of the old wall used to surround old Heliopolis.” 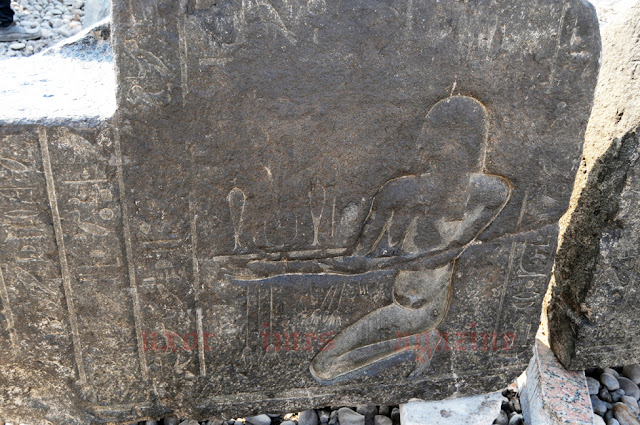 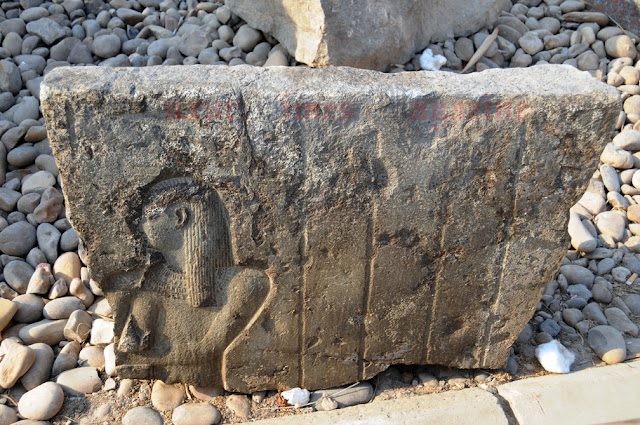 Mr. Khalid Abo Elala, director of Matariya antiquities, said “The discovered stone blocks belong to King Nectanebo I and they measure between 75cm to 1.25 meters made of basalt. The blocks show inscriptions with the names of Egyptian nomes at that time as well as bas-relief depicting God Hapi carrying offerings of the Nile. We are looking forward to more discoveries by the mission to reveal more about this era of history.”
#Egypt #Cairo #Archaeology #Egyptology #AncientEgypt #History #Heliopolis
Photos are courtesy of MOA

Rediscovering King Tut’s tomb in search for the Lady