Share
Facebook Twitter LinkedIn Tumblr Pinterest Reddit WhatsApp Telegram Viber Share via Email
This morning at Sakkara, Dr. Mamdouh El-Damaty, minister of antiquities, accompanied with governor of Giza and Dr. Alain Zivie (head of the French mission who has been working on the site since 1996 and discovered the tomb of Maia) visited the tomb after the completion of the cleaning and restoration of the tomb.
Maia’s tomb will be open to public for the first time soon. 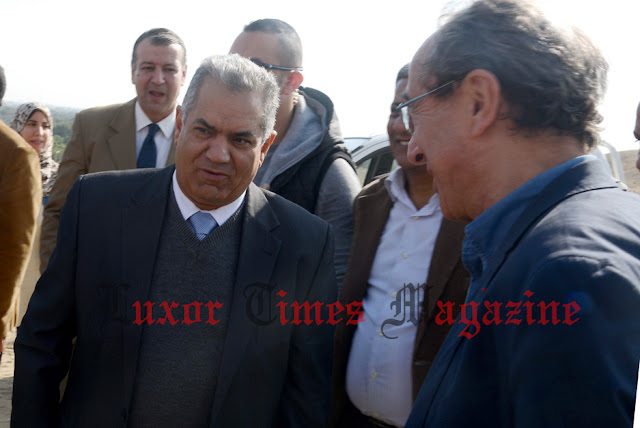 Dr. El-Damaty said “During the recent cleaning of the tomb, an ostracon was found inscribed with the title of “Mistress of Women” which made the team believe that Maia wasn’t only King Tutankhamon’s wet nurse but she probably had a higher position if she held the title “Mistress of Women” even though the “wet nurse” is the most known title of her. 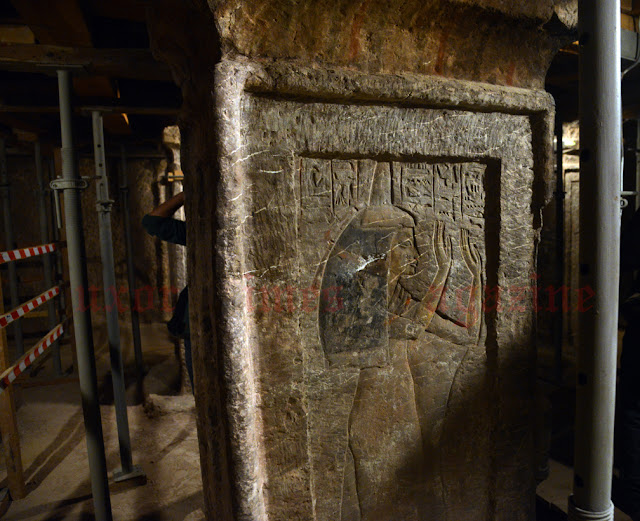 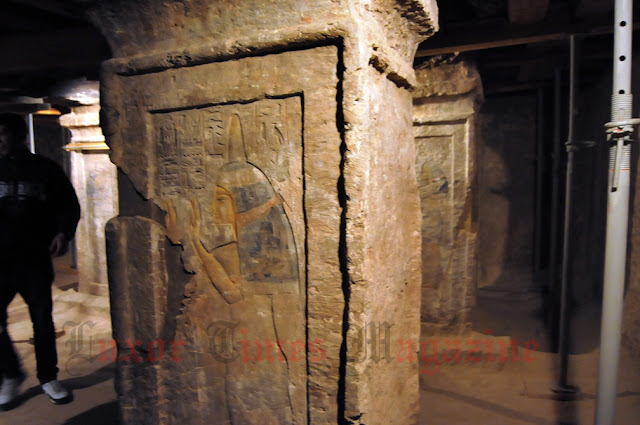 The minister added “There is a possibility that Maia could be the sister of Tutankhamon who is called “Meritaten”.” In the royal tomb of Meketaten (Elder daughter of Akhnaten) in Tell Amarna there is a scene depicting “Meritaten” breast feeding (nursing) a baby who is believed to be “Tutankhamon”
Dr. Mahmoud Affifi, head of Egyptian antiquities department, said “The tomb was reused heavily in late periods and Greco-Roman time as cats cemetery where original scenes and inscriptions were covered with stones and building material. The cleaning process included removing all those addition to show the tomb as it was in its original state.” 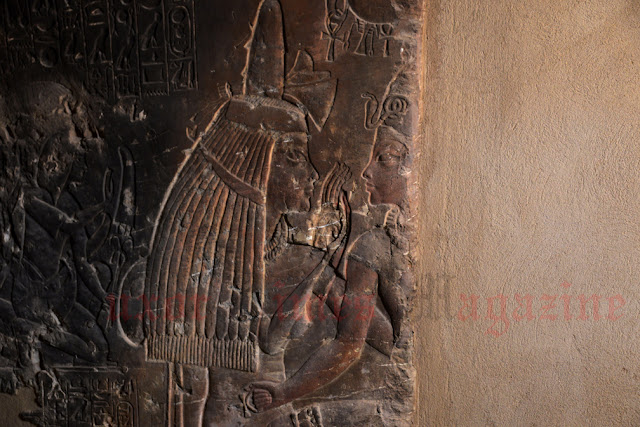 Dr. Mahmoud Affifi mentioned that the tomb will receive the visitors soon in the near future.
Below a video of Minister of Antiquties, Dr. Mamdouh El-Damaty talking to Luxor Times about what is possible to be found behind the walls of King Tutankhamon’s tomb in the Valley of the Kings (KV62) and the link with Maia’s tomb in Sakkara.
Last year, there was a sarcophagus dated back to Third Intermediate Period (TIP) discovered in the tomb during clearing the debris. (More information HERE)
Photos and video copyrights: Luxor Times magazine
Photographer: Mohamed Anwar
#Egypt #Cairo #Giza #Sakkara #Saqqara #KingTut #NewKingdom #History #Archaeology #Egyptology #KV62 #TIP

Exclusive footage: As good as new. King Tut's golden mask is back on display