Share
Facebook Twitter LinkedIn Tumblr Pinterest Reddit WhatsApp Telegram Viber Share via Email
The   Spanish-  Egyptian archeological  mission  from   University   of Alcala working  in   the   tomb   of   Ipi  (TT  315)   at Deir  el-Bahari   in Luxor, rediscovering 56 jars filled with embalming materials for the  mummification   of   the   vizier   Ipi,  overseer   of   Thebes   and member   of   the   elite  in   the  reign  of  Amenemhat   I   in   the   early Twelfth Dynasty.

Announced Dr. Mahmoud Afifi, head Ancient Egyptian Antiquities Department,   and   explained   that   this  discovered   occurred   during cleaning   the   courtyard   of   the   tomb  of   Ipi   (TT   315)   where   the mission unearthed these Jars inside an auxiliary chamber located on its north east corner. 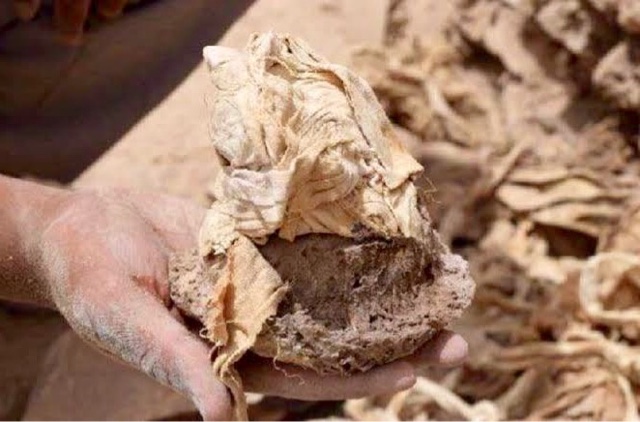 Dr. Afifi pointed out that the jars were previously discovered by the  American  Egyptologist Herbert Winlock  between 1921-1922 and  placed   in   a   room   on   the   north-eastern   side   of   the   outer courtyard without cleaning until the Spanish-Egyptian mission this year   resurfaced.  He   continued   that   The  identification   of   these materials   is   of   great importance   for  understanding   the mummification techniques used in the early Middle Kingdom and the   assessment   of   the   kinds   of  items,   tools, and substances involved in the process of embalming. 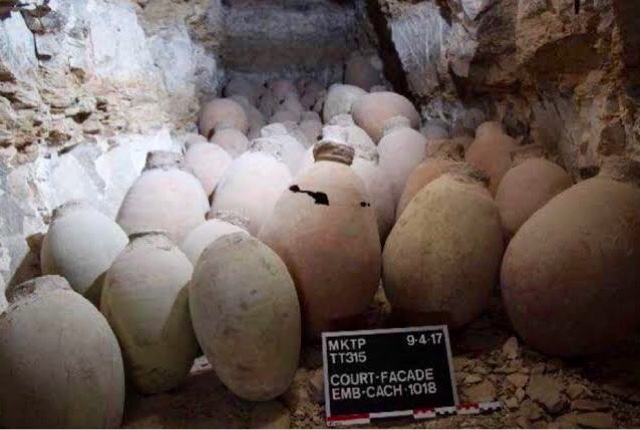 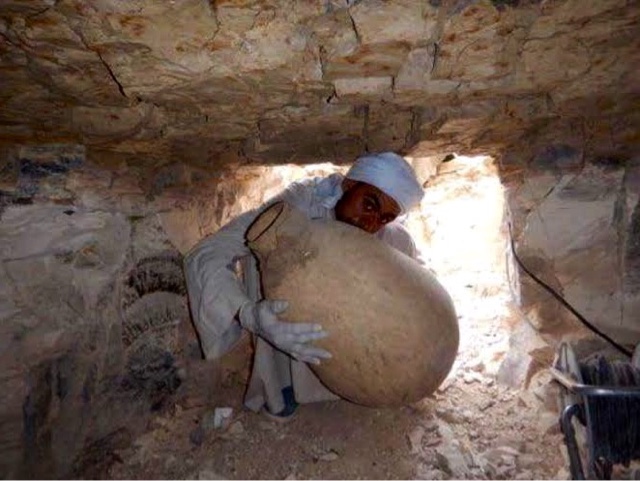 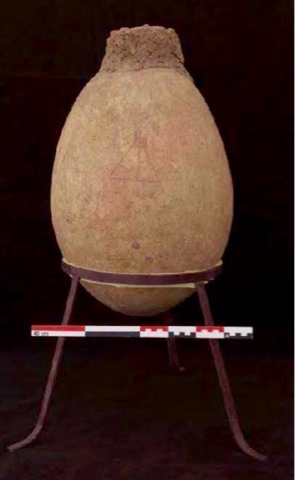 Dr. Antonio   Morales the  Head  of Spanish  Mission  said  that the deposit   of   the   mummification  materials used   for   Ipi   include   of inscriptions, various shrouds and linen sheets (4 m. long) shawls, and rolls of wide bandages, in addition to further types of cloths, rags, and pieces of slender wrappings destined to cover fingers, toes, and other parts of the vizier’s corpse.

Dr. Morales explained that jars contained around 300 sacks with natron   salt,   oils,   sand,   and   other  substances,   as   well   as   the stoppers of the jars and a scraper are also found and among the most outstanding pieces of the collection are the Nile clay and marl large jars, some with potmarks and hieratic. 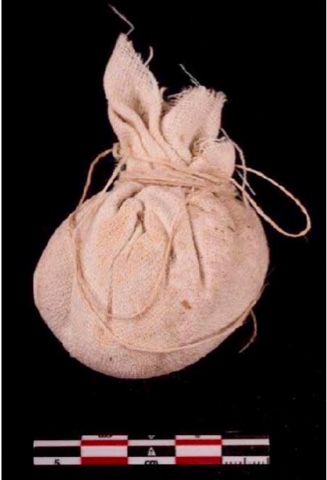 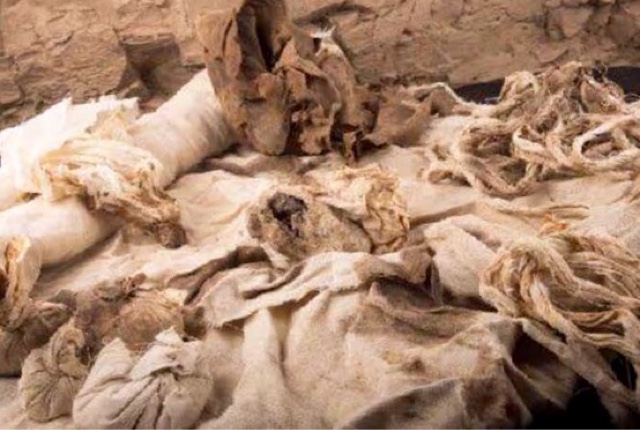 Ezz al-Din al-Nubi, Director of the Central Region of Qurna said that   this   discovery   happened  during   the project   of   the archaeological study and epigraphy of the tombs of Henenu (TT313) and Ipi (TT 315), the funerary chamber and sarcophagus of Harhotep (CG 28023), as well as the conservation and detailed publication of these monuments and others located at Thebes.