Share
Facebook Twitter LinkedIn Tumblr Pinterest Reddit WhatsApp Telegram Viber Share via Email
The Spanish Archaeological Mission of the National Archaeological Museum in Madrid, has discovered a large block of red granite during the excavations work in the temple of Heryshef in Herakleopolis Magna archaeological site, in Ihnasya el-Medina in Beni Suef governorate.
Dr. Mahmoud Afifi, Head of the Ancient Egyptian Antiquities Sector at the Ministry of Antiquities announced the discovery at the site which the work started since February 1966. Dr. Carmen Perez Die has been the director of the mission since 1984. 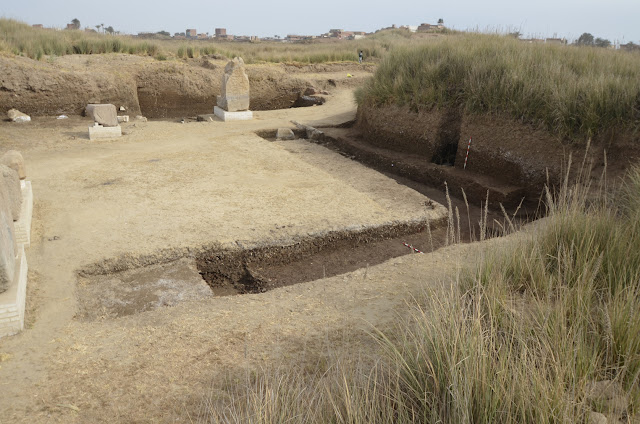 Dr. Afifi said that the discovery is very important because the lintel is engraved with two cartouches containing the name of the Middle Kingdom King Sesostris II, (ca. 1895 – 1889 B.C.), who built the Lahun, pyramid located 10 km away from Ihnasya. The presence of the lintel in the Heryshef temple proves the interest of Sesostris II in this site, and the Fayoum area in general.

Dr. Maria Carmen Perez Die, the director of the Spanish Mission said the mission continued excavations in the temple of Heryshef and uncovered several constructions levels which one of them dating to the early 18th Dynasty (The reign of Thutmosis III (ca. 1479 – 1425 B.C.) and another to that of Ramses II (ca. 1279 – 1213 B.C.) 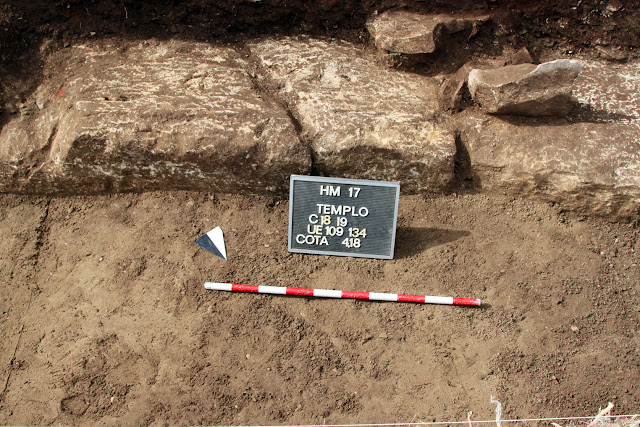