Tomorrow 18th February 2013, the minister of Antiquities in co-operation with the European mission headed by Dr. Hourig Sourouzian will start moving the blocks and massive parts of the two statues of Amenhotep III which were re-discovered lately in Kom El Hetan (More about the discovery and the photographs,please click Here) in order to restore and re-erect them.  A number of the ministry officials will be attended with Mr. Adel Abd El Satar, Secretary General of the SCA, on behalf of the minister. Dr. Mohamed Ibrahim said that the moving process will take two days using heavy machinery and latest techniques. After the two statues are moved to their new location, the restoration will start immediately guided by an inscription found on the back of one of the statues showing how the statues looked when it was erected which give a clear idea on how it should be like and will help in restoring them successfully in order to open them to public as also a lights’ system will be installed to turn them into a new tourist attraction spot. 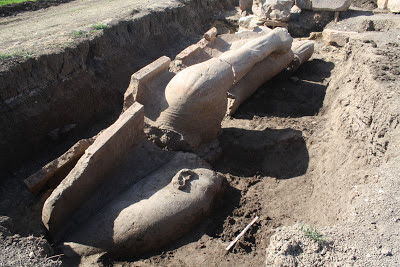 Dr, Mohamed Abd El Maqsoud, Deputy Director of the Egyptian Antiquities department and the head of the Egyptian team, explained that these statues are considered the highest of the King standing as they are 14 meters high, based on 4 meters high base which makes the total height 18 meters and they weigh 100 Tons each. 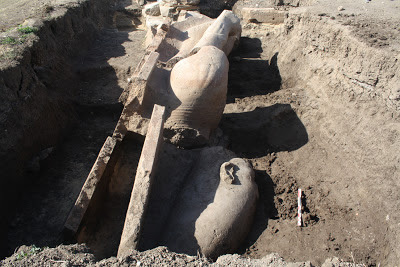