Share
Facebook Twitter Google+ LinkedIn StumbleUpon Tumblr Pinterest Reddit WhatsApp Telegram Viber Share via Email
The Egyptian archaeological mission working at the site of Haj Ali, which is 350 meters from Gebel Al-Mawta (Mountain of the dead), in Siwa oasis successes to discover a Roman temple dated back to the reign of the Roman emperor Antoninus Pius (138-161 A.D)
Dr. Aiman Ashmawi, head of the Egyptian Antiquities department, said “The discovered temple of huge limestone foundations in rectangular shape measured 40 meters from north to south and 8.5 meters from east to west. The entrance is in the northern side with small two rooms on each side. 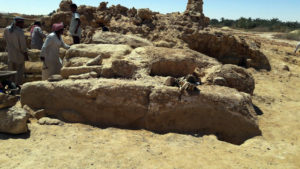 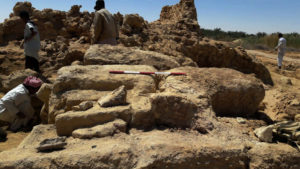 The entrance leads to a courtyard of 25 meters in length then another room leads to the sanctuary. The temple surrounded by enclosure wall measures 71 meters by 56 meters.” 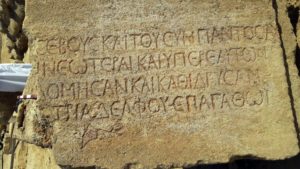 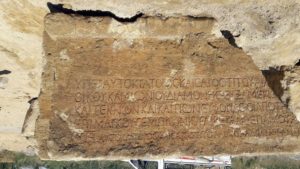 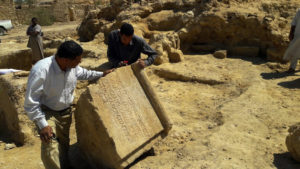 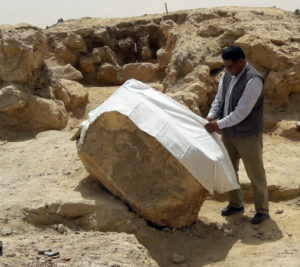 Abd El-Aziz Demiry, General Director of Matrouh and Siwa Antiquities, said “One of the most important discovered parts is a limestone block with inscriptions in Greek topped with a ledge shows the sun disc surrounded with cobras.
The inscriptions helped in defining the name of the emperor. The block measures 5 meters by 1 meter and found in 3 parts.”
Mr. Demiry also added that the block is in good condition and it was transferred to the storeroom in Siwa to conduct the necessary preservation needed. 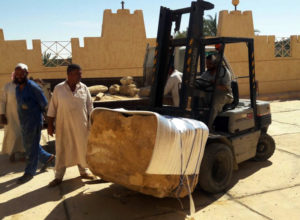 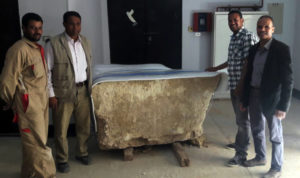