Dr. Mostafa Waziri said that the names discovered on one of the seals is the King “Userkaf” as well as King “Neferirkare”. He added “It is the first time that Kom Ombo witness Kings names of Old Kingdom.”

Dr. Irene Forstner-Müller, director of the Austrain Archaeological Institute mission at the site said” The mission started working at the site in 2018 to investigate the history of the town of Kom Ombo. The first season of survey and excavation brought to light a First Intermediate Period Cemetery with the town of the Old Kingdom below it as well as a seal of King “Sahure”. These discoveries emphasise the great importance of old Kom Ombo as an administrative capital in Upper Egypt during the Old Kingdom. 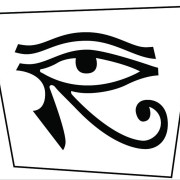 Exclusive Video: Inside the Newly Discovered Tomb in Sakkara